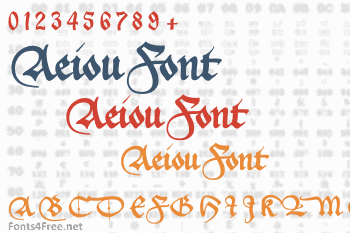 The _a e i o u font is based on a charter issued in 1460 by the German emperor Friedrich/Frederick III. It has been called '_a e i o u', because Frederick used to have marked all objects of value he possessed -- or got made -- with the five vowels (and the font's underscore contains Frederick's typical underline stroke: the mark wouldn't be genuine without that).

_a e i o u is free for private use. For commercial use, please visit my "Conditions of Use" page at

As usual, the number sign in this font has been replaced with a long s. The other special characters are:

Those have been made necessary by the regular *K* and *k* taking too much room -- looking rather messy in such important sentences like 'Jackdaws love my big sphinx of quartz'.

-an alternate *r* on the left bracket

-an alternate *d* on the right bracket

-a swashed *m* on the left curly bracket

-a swashed *n* on the right curly bracket

-a swash from the document on the ASCII tilde

-a swashed *h* on the bar and broken bar sign

-an alternate *f* on the masculine ordinal indicator

The coat of arms contained in this font is based on the painting in the document. 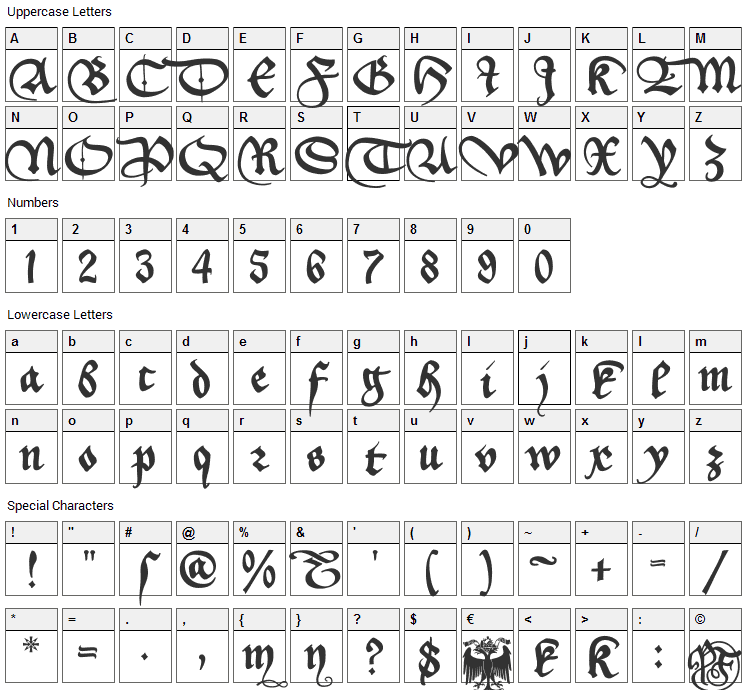 Submit a comment, question or review about Aeiou font

Aeiou is a gothic, medieval font designed by Pia Frauss. The font is licensed as Free for personal use. You can download and use the font free for personal projects. For commercial projects please refer to the license file in the package or contact the designer directly from pia-frauss.de. 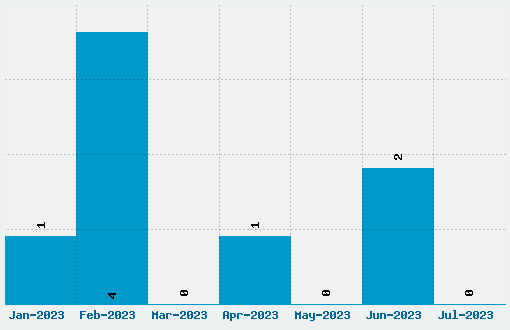