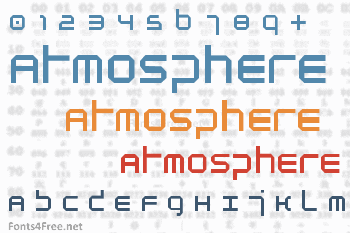 Wim Crouwel's new alphabet was a proposal for an alphabet that was designed to satisfy the requirements of cathode ray tube typesetting. This digital typeface was designed to utilize only horizontal and vertical lines, therefore diagonal lines were not to be used. Crouwel's designed proved effective for television screen viewing, but lacked enough legibility to make it an extremely functional typeface.

In 1988, British designer Peter Saville revived the designed on his album cover for Joy Division's "Substance" and on the single "Atmosphere". Emigre also used Crouwel's design on a piece entitled "Alienation".

Atmosphere was designed out of my own desire to have a version of Crouwel's typeface on the Mac and as a tribute to my favorite designer, Peter Saville. Atmosphere is my interpretation of Crouwel's new alphabet. Atmosphere retains the same square proportions as Crouwel's design, but the strokes are slightly thicker. While there is no uppercase version of this typeface, two partial versions have been provided, with some of the uppercase letters designed to be more legible. The lowercase letters more closely resemble the original designs. Atmosphere includes all the letters A-Z, numbers 0-9, and several punctuation, accent and mathematical symbols. Four versions of the typeface are included, a regular, light, bold, and rounded weight. All four contain the same character set. 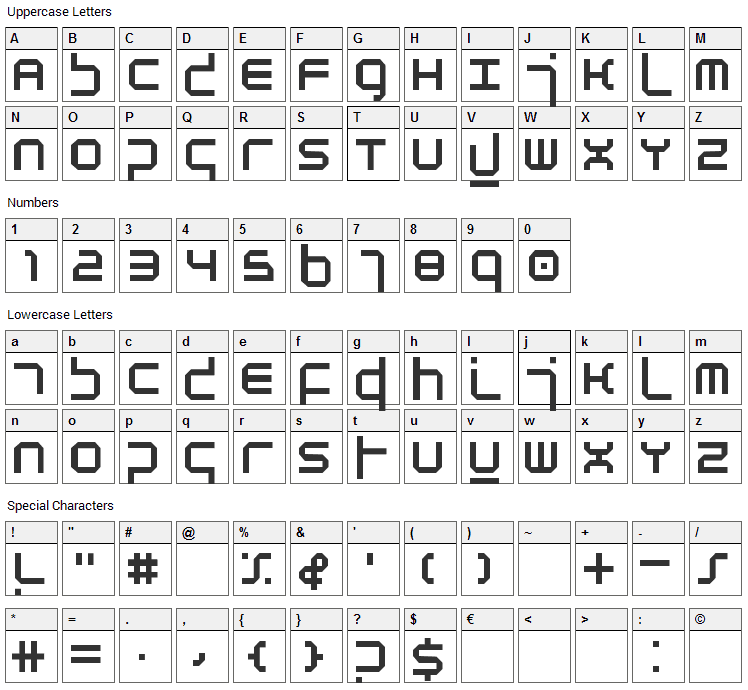 Submit a comment, question or review about Atmosphere font

Atmosphere is a techno, square font designed by Jay Vidheecharoen. The font is licensed as Free. The font is free for both personel and commercial usages. In doubt please refer to the readme file in the font package or contact the designer directly. 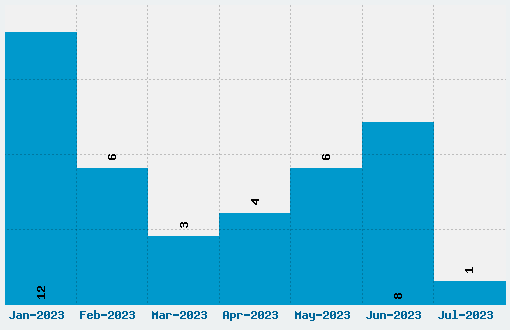