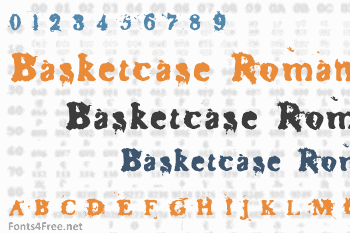 I lost about six-hundred dollars worth of antique typeface books in a flood two years ago. A few were salvaged, albeit in lousy condition: pages stuck together, mud creamed into the thread of the folios, destruction of the spines.

Basketcase-Roman is the Phoenix risen from these sad and mulchified pages. I hope you enjoy it and find it useful. I know that its creation certainly helped me blot out my strong misgivings about the ways of Mother Nature. 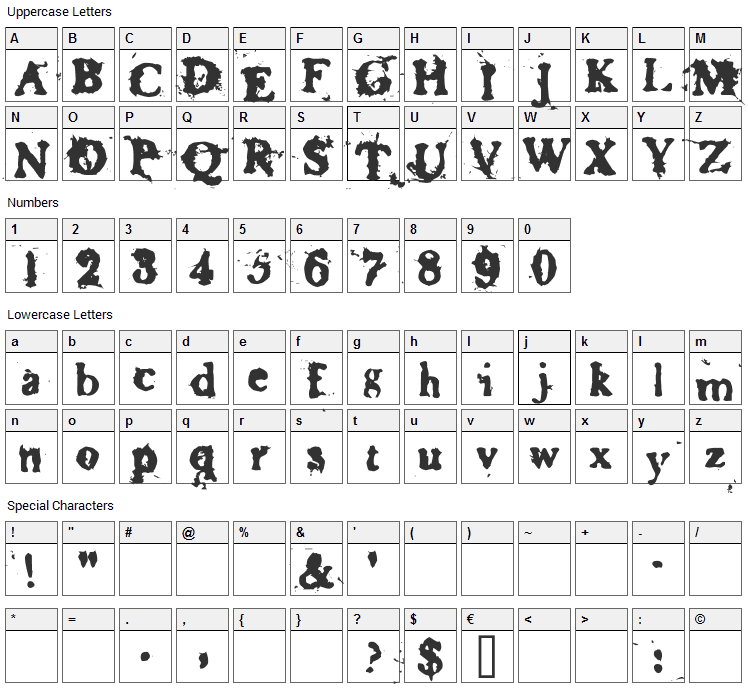 Submit a comment, question or review about Basketcase Roman font

Basketcase Roman is a fancy, destroy font designed by Dixies Delights. The font is licensed as Shareware. The font is available as a trial. A payment is required for commercial or personel usage. There may be some missing characters in the font demo. For your questions, please refer to the readme file in the font package or contact the designer directly.