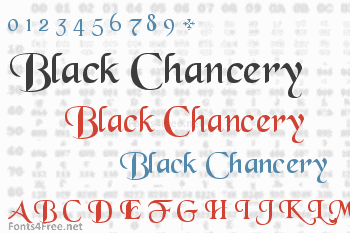 Black Chancery is a calligraphic outline font based on the public domain bitmap font of the same name. It's a good looking and useful display font, lending itself well to many occasions. And a suitable companion to Black Chancery Italic.

Black Chancery began, several years ago, as a modification of Bill HortonÕs lovely FancyChancery 24 point bitmap, which had random dots missing from within the letters to give the effect of snow falling in front of them. (Rather like his Palazzo Grey font, part of Casadys bitmap Fluent Fonts). Doug Miles filled in the dots, did some restyling, made five additional large point sizes, and gave it a new name.

BlackChancery is great for headlines, letterheads, greeting cards. Wherever used, it adds an old-world elegance to your printed page. 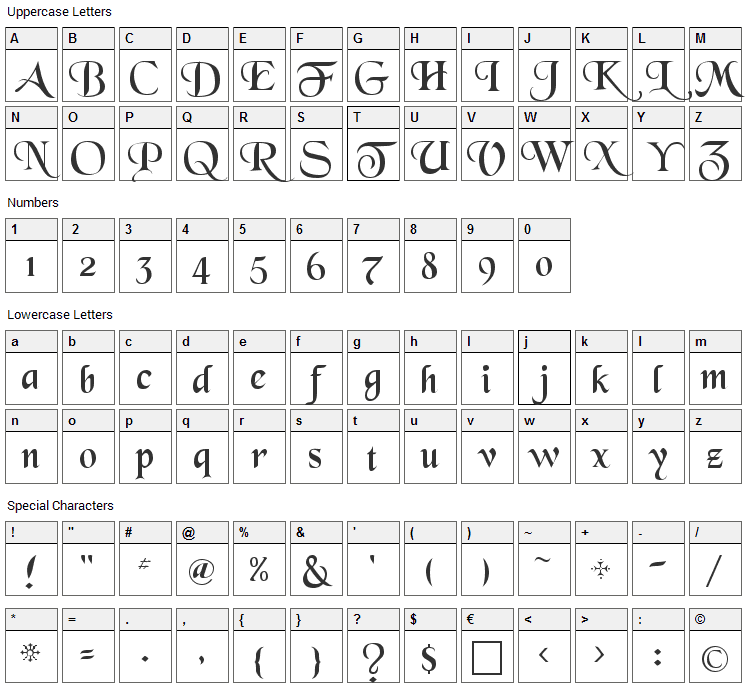 This a lovely font

Submit a comment, question or review about Black Chancery font

Black Chancery is a gothic, various font designed by Doug Miles. The font is licensed as Public Domain / GPL / OFL. Public domain fonts are free of known copyright restrictions because intellectual property rights have been forfeited by the respective author or property rights have expired. The font is free for both personel and commercial usage. For your questions, please contact the designer directly

Black Chancery font has been rated 4.6 out of 5 points. A total of 9 votes cast and 1 users reviewed the font. 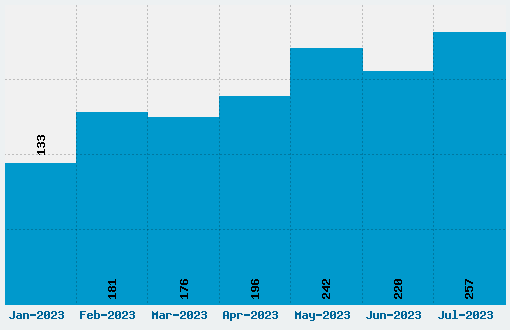