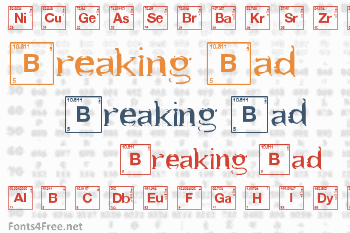 Inspired by Breaking Bad. Free for all use!

Breaking Bad is an American television drama series created by Vince Gilligan, which premiered in 2008 on the cable network AMC. It revolves around Walter White, a 50-year-old high school chemistry teacher in Albuquerque, New Mexico. After White is diagnosed with lung cancer, he uses his chemistry knowledge to "cook" crystal meth with his former student Jesse Pinkman, in order to secure his family's financial future before he dies from the disease. 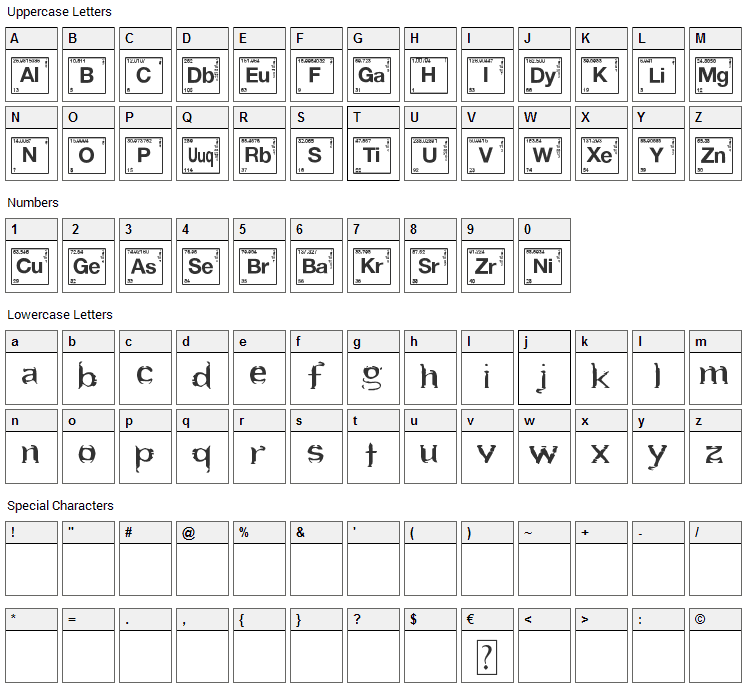 Submit a comment, question or review about Breaking Bad font

Breaking Bad is a fancy, various font designed by NALGames. The font is licensed as Free. The font is free for both personel and commercial usages. In doubt please refer to the readme file in the font package or contact the designer directly from nalgames.com.

Breaking Bad font has been rated 3.0 out of 5 points. A total of 1 votes cast and 0 users reviewed the font. 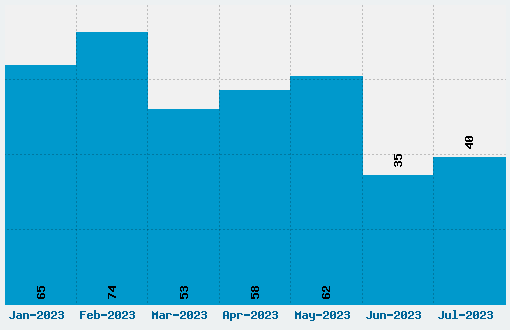