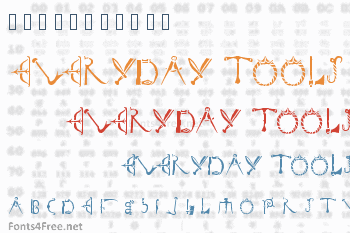 Albrecht Durer (Germany, 1471-1528) drew these letters. They were digitized by moi, l'Abecedarienne, in 2001 because you asked me to. You may distribute this font shamelessly. You may translate it to any platform, just don't change the name. You may remix it, just give me credit and let me know. 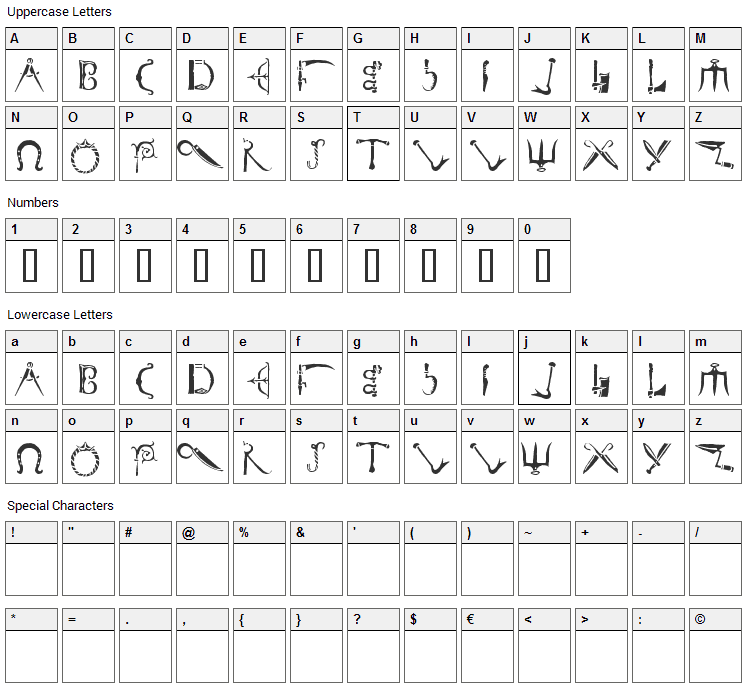 Duerer Everyday Tools is a fancy, cartoon font designed by LAbecedarienne. The font is licensed as Free. The font is free for both personel and commercial usages. In doubt please refer to the readme file in the font package or contact the designer directly from abecedarienne.com. 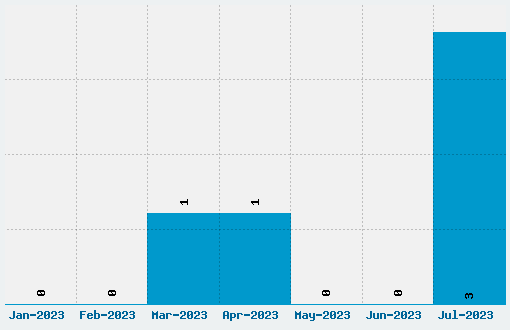