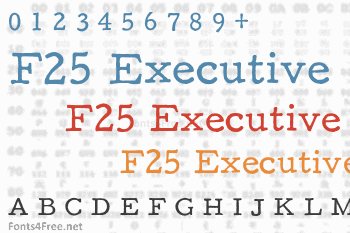 Do you still remember the times before computers have moved into our offices and before Times New Roman and Arial conquered our desks?

For drawing up documents in the 50s or 60s there was not really another chance than taking the good old typewriter (in general with the monospaced and handmade appearance). The only - expensive - alternative was to give the document to a professional typesetting and printing company.

To get a little bit the look and feel of genuine printed characters there were special typewriters with proportionally spaced fonts, e.g. the "IBM Executive" Typewriter. So one could obtain a little the appearance of a genuine printed matter in Highschool yearbooks, master theses and business documents. Technically these typewriters used up to 5 units per character (e.g. the narrow "i" needed 2 units and the wide "W" needed 5 units).

F25 Executive is a remake of such a proportional typewriter font. It's free to use and if you like the look and feel of the documents of the 50s and 60s you will enjoy it. 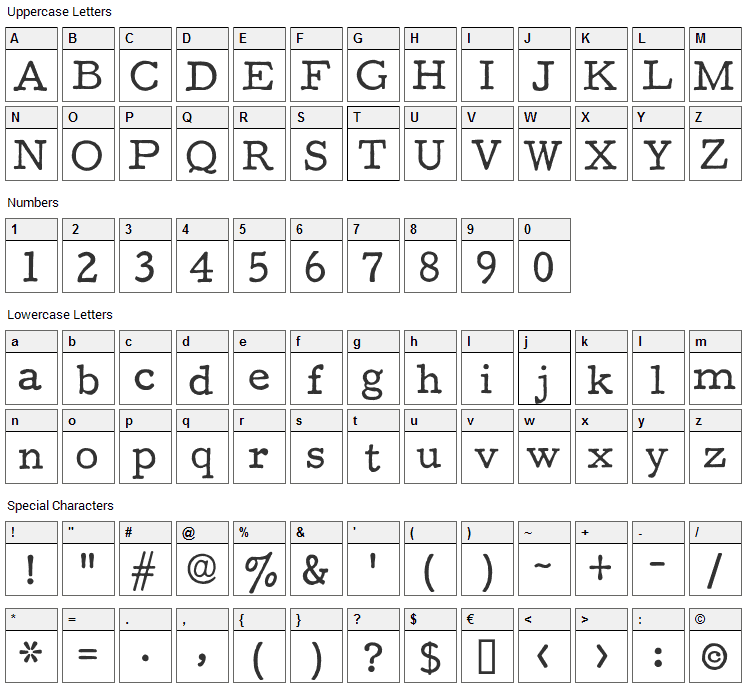 Submit a comment, question or review about F25 Executive font

F25 Executive is a fancy, typewriter font designed by Volker Busse. The font is licensed as Free. The font is free for both personel and commercial usages. In doubt please refer to the readme file in the font package or contact the designer directly from grafikkontor-mitte.de.

F25 Executive font has been rated 5.0 out of 5 points. A total of 1 votes cast and 0 users reviewed the font. 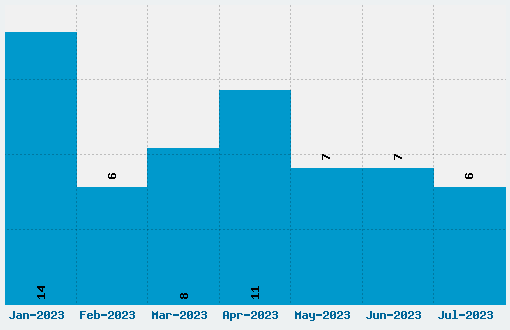