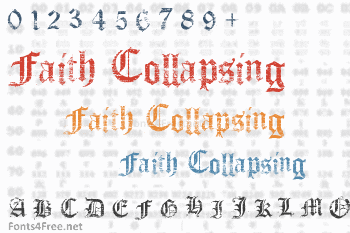 This one's kinda a cross between one of those disfunctional messy old typewriter fonts, and one of those old English blackletter gothic type thingy fonts. The little "not defined" thing is from the cover of Rantology. And the name's from a Ministry song. Because Ministry is awesome. And their concerts are awesomer, especially when they're loud to the point of painfulness and you get stepped on by obnoxious large drunk guys. Curse my height deficiency! Curse yooouuuu! But then we went to Perkins after and ate pancakes so it's okay. We, being me and my friends, NOT the previously mentioned large obnoxious drunk guy. Because I hate him. 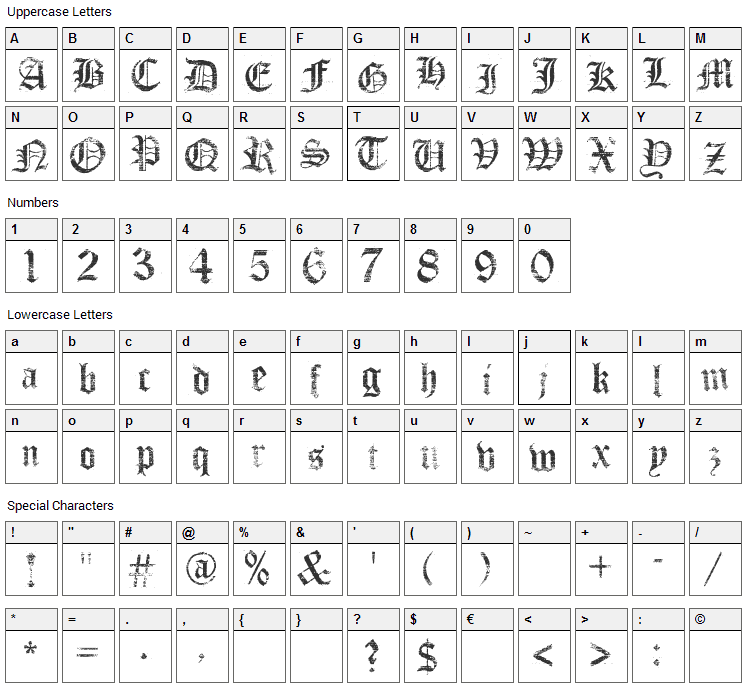 Submit a comment, question or review about Faith Collapsing font

Faith Collapsing is a gothic, medieval font designed by Nihilschiz. The font is licensed as Free for personal use. You can download and use the font free for personal projects. For commercial projects please refer to the license file in the package or contact the designer directly. 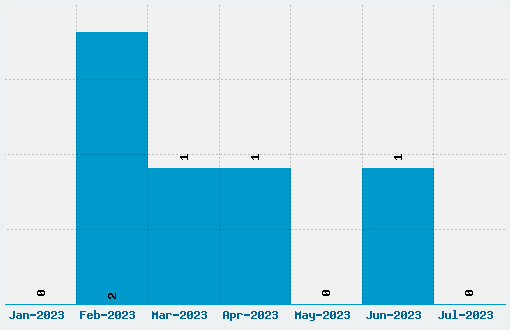