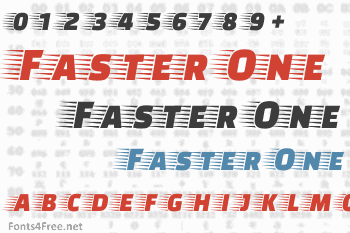 Faster One was developed from a sans serif italics. In order to create an impression of velocity, the horizontal and gradual lines generate the idea of the image of the wind. Ideal for writing headlines where efficiency and speed are priorities. 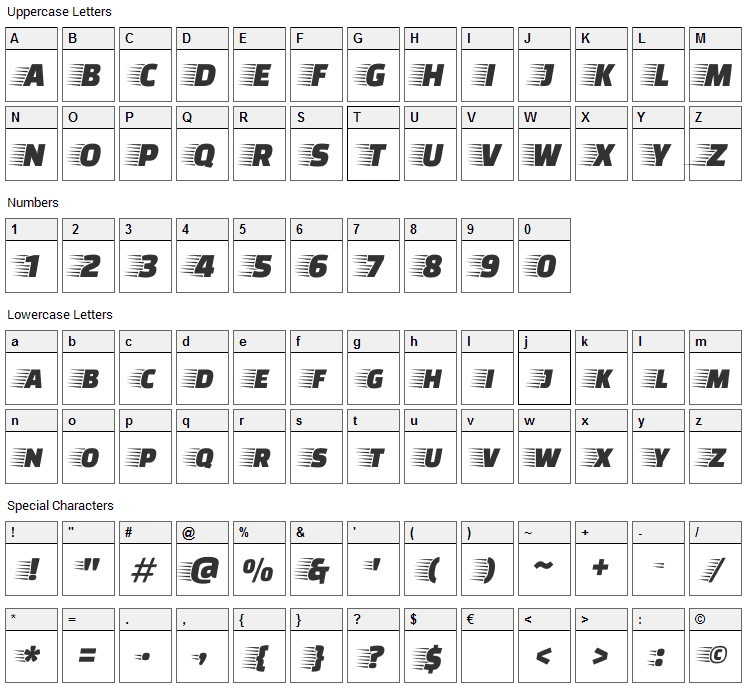 COMMENTS & QUESTIONS ABOUT FASTER ONE FONT

Faster One is a fancy, striped font designed by Eduardo Tunni. The font is licensed under SIL Open Font License. The font is free for both personel and commercial usages, modification and distribution. In doubt please refer to the readme file in the font package or contact the designer directly from profiles.google.com.

Faster One font has been rated 5.0 out of 5 points. A total of 1 votes cast and 0 users reviewed the font. 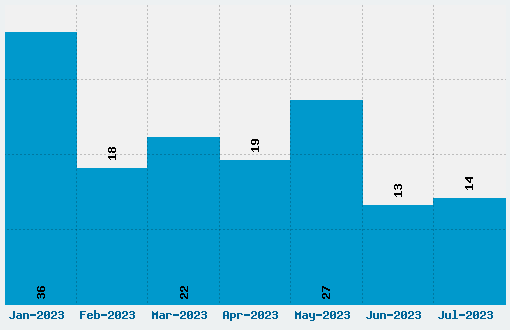