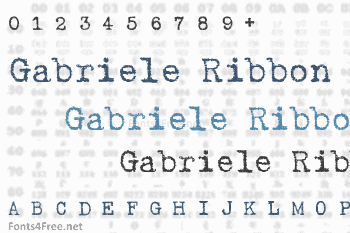 Gabriele was the name of his granddaughter. In 1957 Max Grundig, German industrialist, bought the two companies Triumph and Adler and merged them into his office machine label 'Triumph Adler'. Thus, 'Gabriele' became the name of a popular series of typewriters in postwar Germany.

We have chosen this name for our series of typewriter fonts in reminiscence of those machines and all the ladies (called Gabriele or not) that used to type on them from the 1950s to the '80s.

Well sort of. We are aware that there are quite a few of them around. But unlike Gabriele, most are not free for commercial use and/or have problems with umlauts and other extended characters. Gabriele has a complete West European charset, the ribbon members even many East European characters. These are monospaced fonts. The characters have all the same width - with the exception of the "ellipsis" character ("...") which is of course three spaces wide. Naturally, these fonts have and need no kerning.

The Ribbon members of the Gabriele are based on the Dave-Rakowski font "Harting". On his former font activity Dave says on his web site http://home.earthlink.net/~ziodavino/album1_009.htm:

"At this point, I'm no longer interested in the care and feeding of typefaces, and am ignoring any e-mails about fonts that come my way. Y'all may continue to do what you wish with the shareware fonts".

On this basis I have refrained from bothering Dave and have done as I wished. 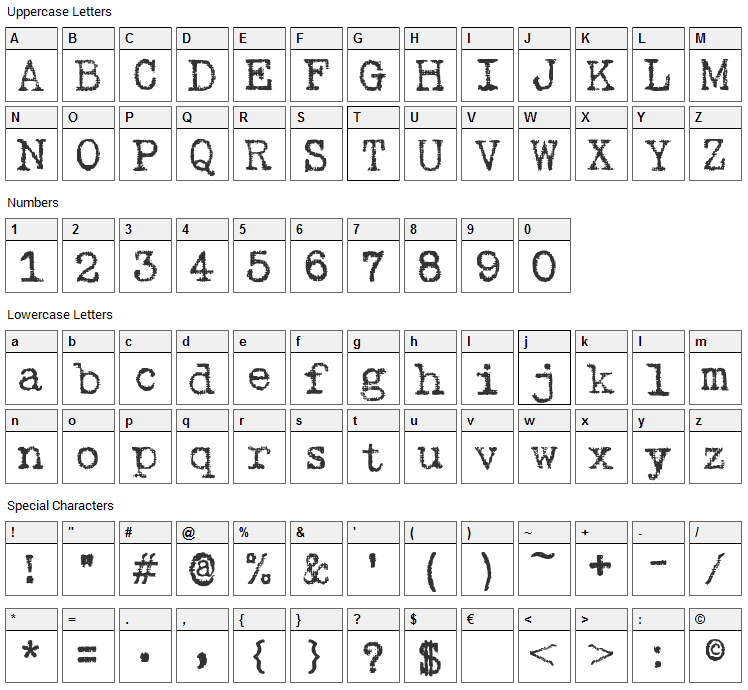 Gabriele Ribbon is a fancy, typewriter font designed by FontGrube AH. The font is licensed as Free. The font is free for both personel and commercial usages. In doubt please refer to the readme file in the font package or contact the designer directly from fontgrube.de. 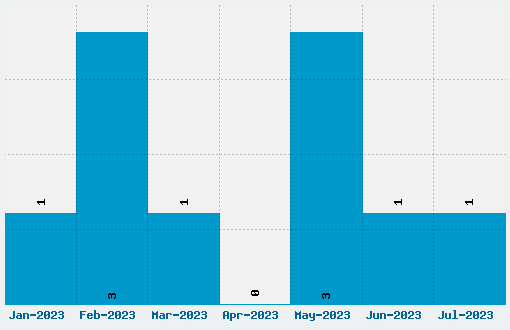