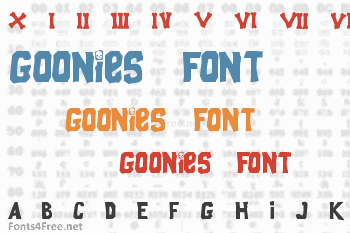 Goonies font here refers to the font used in the poster title for the film The Goonies in 1985. The adventure comedy film centers on the Goonies, a group of kids living in the “Goon Docks” neighbourhood of Astoria, Oregon, who, after finding a pirate treasure map, head off on an adventure to save their homes from demolition.

Jens Ziehn (Filmhimmel, aka Jay R. Zay or JRZ) designed fonts on the theme of films including The Goonies. Filmhimmel closed its web doors in 2007. The website of Jens R. Ziehn seems to not exist anymore either. 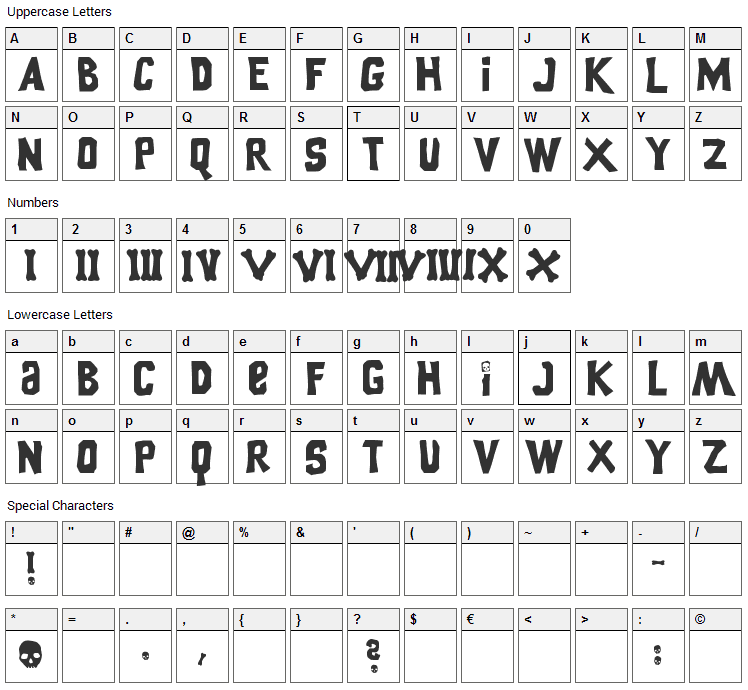 Submit a comment, question or review about Goonies font

Goonies is a fancy, cartoon font designed by Jens R. Ziehn. The font is licensed as Free for personal use. You can download and use the font free for personal projects. For commercial projects please refer to the license file in the package or contact the designer directly.

Goonies font has been rated 5.0 out of 5 points. A total of 1 votes cast and 0 users reviewed the font. 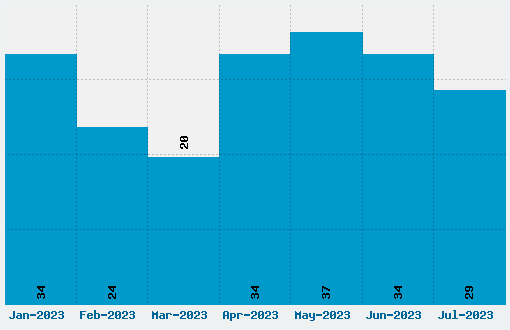