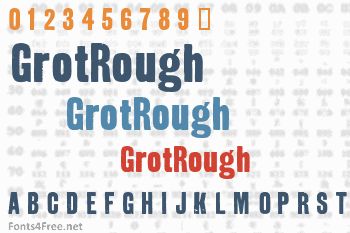 This is a font based on some wood block type I used on a job about eight years ago. Originally it was used in conventional artwork and then I had it digitised. Over the years it has spread through people I have given it to passing it on and on and on... 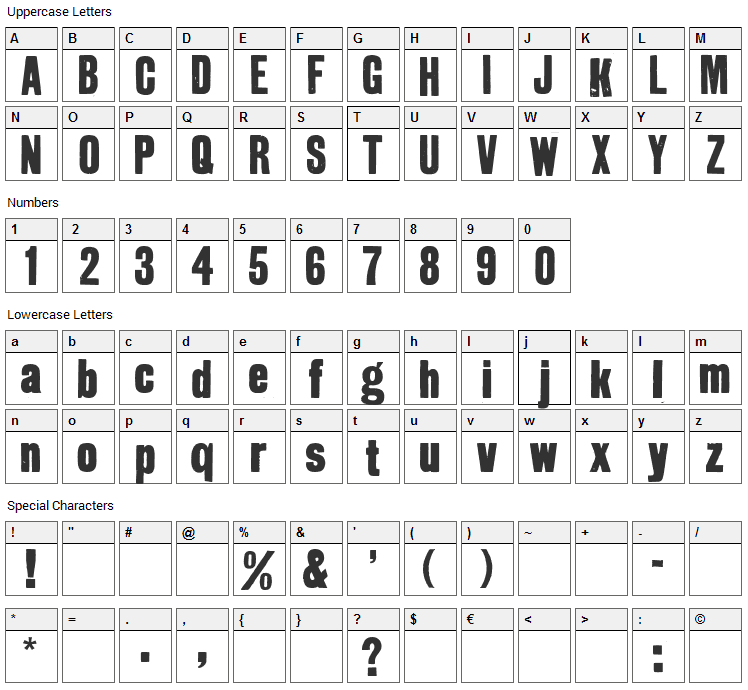 Submit a comment, question or review about GrotRough font

GrotRough is a fancy, eroded font designed by Steve Kettell. The font is licensed as Free. The font is free for both personel and commercial usages. In doubt please refer to the readme file in the font package or contact the designer directly from stevekettell.co.uk. 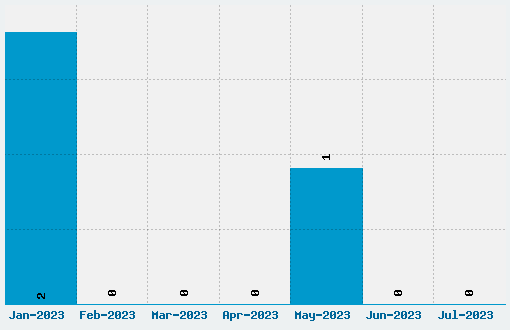