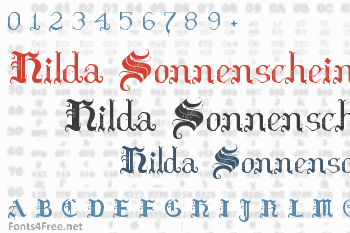 Hi! My name is Sara, and I'm a fontaholic. It's been three months since my last download (not counting yesterday), but I'm afraid I've now slipped into the area of fontmaking, with help from my friend Apostrophe who has taught me a little bit of how to do this. He's not responsible for my failings, only for some of the things I do right.

This font, Hilda Sonnenschein, is named for my German-Jewish paternal grandmother, who was said by my father to have been a proficient linguist and a truly fabulous cook. (I still use her recipe for spaghetti bolognese.) I tried to make this font busty, strong, and feminine, like the women in my family. Like all my fonts, I tried to keep it handmade looking, with rough edges here and there and elements which go together but don't precisely match. This particular font's intended use is as a very large display font, for large printed signs, banners and the like. 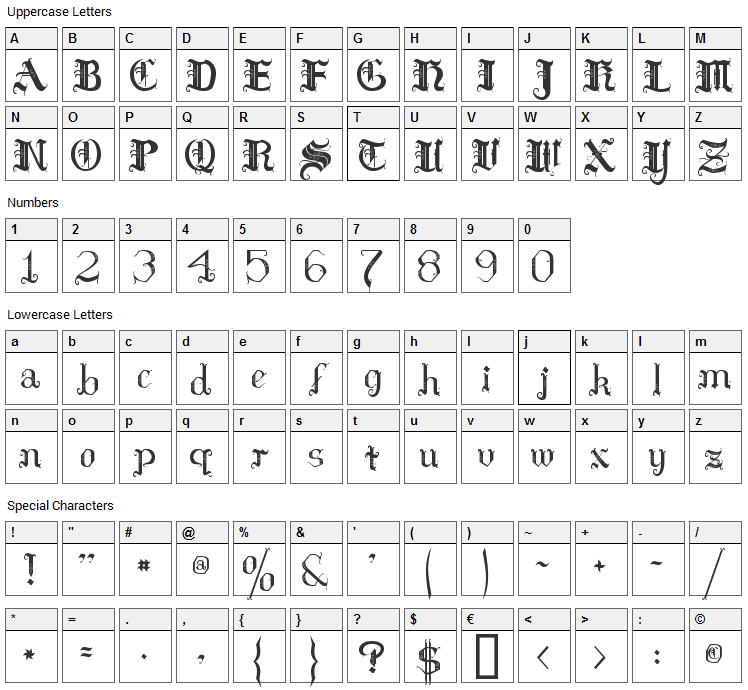 Hilda Sonnenschein is a gothic, medieval font designed by Sara. The font is licensed as Free. The font is free for both personel and commercial usages. In doubt please refer to the readme file in the font package or contact the designer directly from saraarts.com. 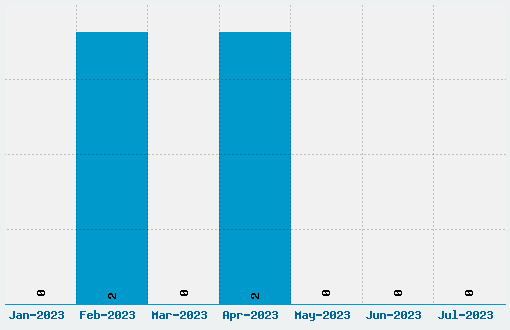