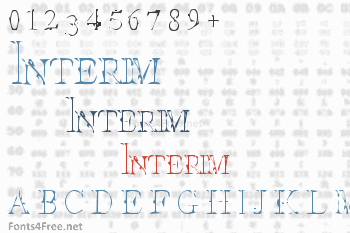 Interim SmallCaps Or "what happens when you take a font and basically rip it apart." A serif font, in a rather loose definition of serif, that has been broken, sliced, and generally altered in a rather deconstructive yet aesthetically interesting manner. Yes, I was listening to a lot of Einstuerzende Neubauten when I put this together. Full Character set (except for math symbols, as I don't think this is the kind of thing you'd want to submit a major mathematical treatise in). 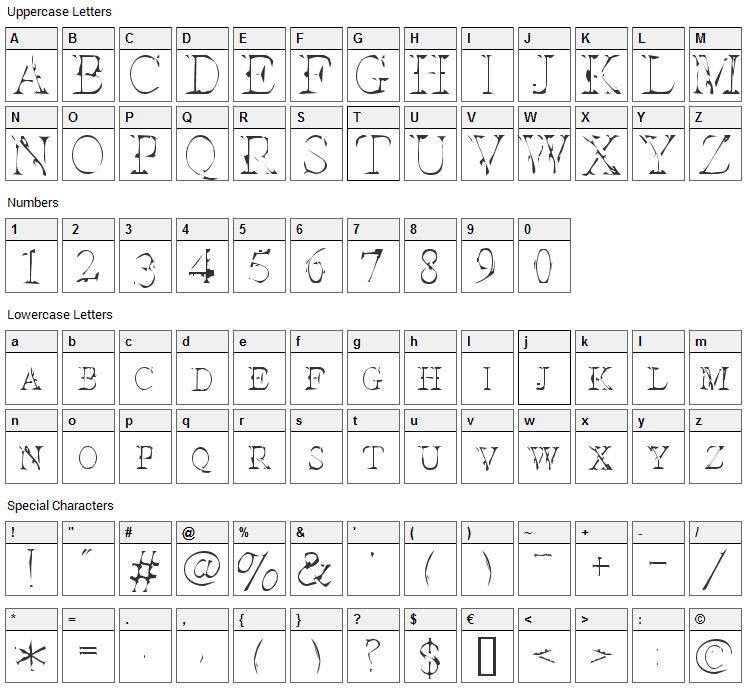 Submit a comment, question or review about Interim font

Interim is a fancy, eroded font designed by Kiwi Media. The font is licensed as Shareware. The font is available as a trial. A payment is required for commercial or personel usage. There may be some missing characters in the font demo. For your questions, please refer to the readme file in the font package or contact the designer directly from kiwi-media.com. 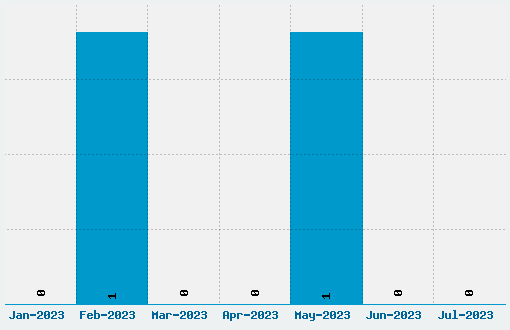