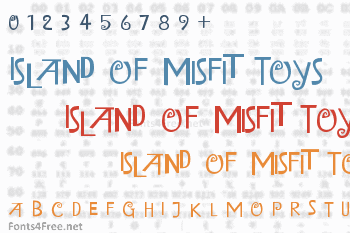 All official material on "Rudolph the Red Nosed Reindeer" is copyright by Rankin and Bass, and Trademarks Classic Media, Inc. This is fan-produced material intended to promote interest in the TV Specials of Rankin/Bass. I include the GE logo since at the time General Electric was a sponsor of Rudolph the Red Nosed Reindeer The materials are provided as FREEWARE for your enjoyment, but should not be used for any commercial purpose. 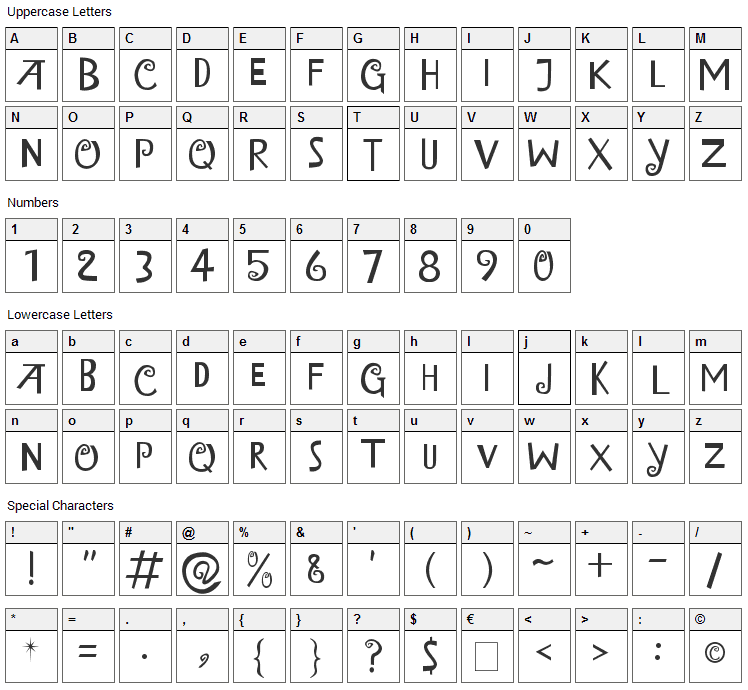 Submit a comment, question or review about Island of Misfit Toys font

Island of Misfit Toys is a fancy, cartoon font designed by Steve Ferrera. The font is licensed as Free for personal use. You can download and use the font free for personal projects. For commercial projects please refer to the license file in the package or contact the designer directly.

Island of Misfit Toys font has been rated 5.0 out of 5 points. A total of 4 votes cast and 0 users reviewed the font. 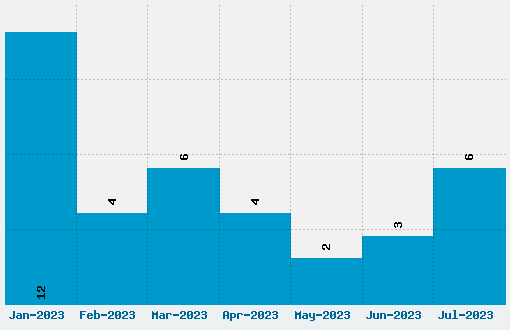