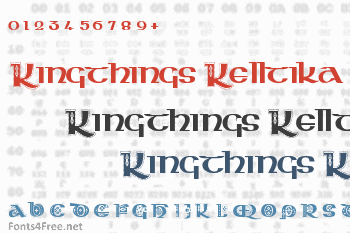 This is based on characters from the Book of Kells and other calligraphic works. I wanted to make a font based on these letter forms for a long time - it has taken me a while to get it right and I'm afraid that it is subject to change at a whim - as are all my fonts! There are no real capital letters in the documents that I have been working from, so I have, as there, enlarged the lower case, dropped the base line and decorated them. The decorations really need to be larger than 36pt to show up. 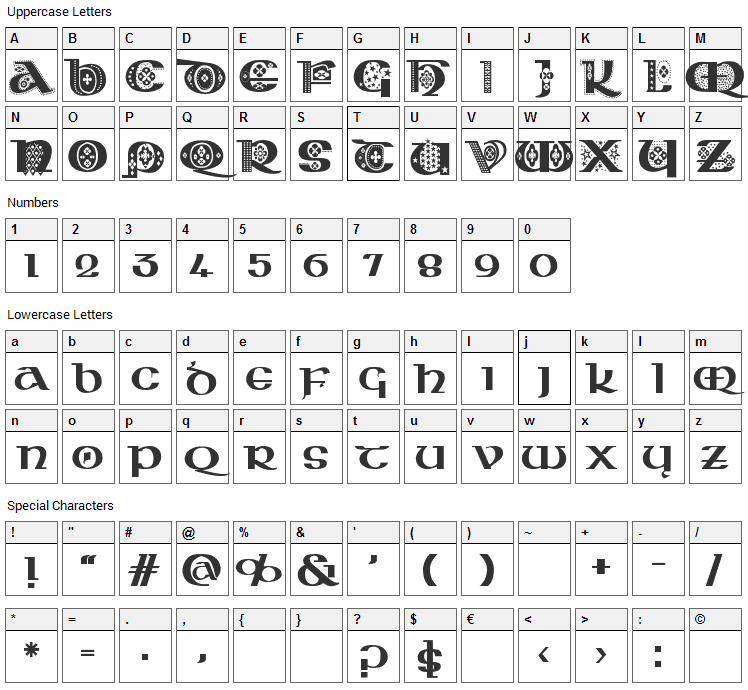 Submit a comment, question or review about Kingthings Kelltika font

Kingthings Kelltika is a gothic, celtic font designed by Kingthings. The font is licensed as Free. The font is free for both personel and commercial usages. In doubt please refer to the readme file in the font package or contact the designer directly from kingthingsfonts.co.uk.

Kingthings Kelltika font has been rated 5.0 out of 5 points. A total of 1 votes cast and 0 users reviewed the font. 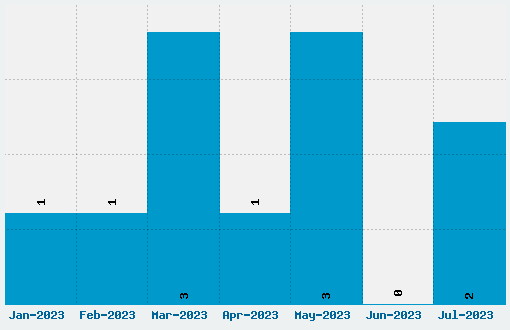