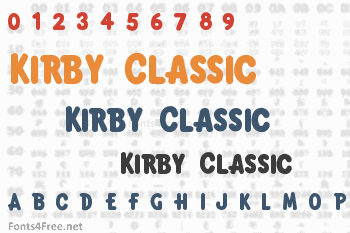 Finally it's out! The replica font of the old Kirby logo back in the old days. =)

Note: Instead of TTF, I have saved this one as a PFB file, because I had some problems trying to run the TTF version on Photoshop (it won't show up in the font list). 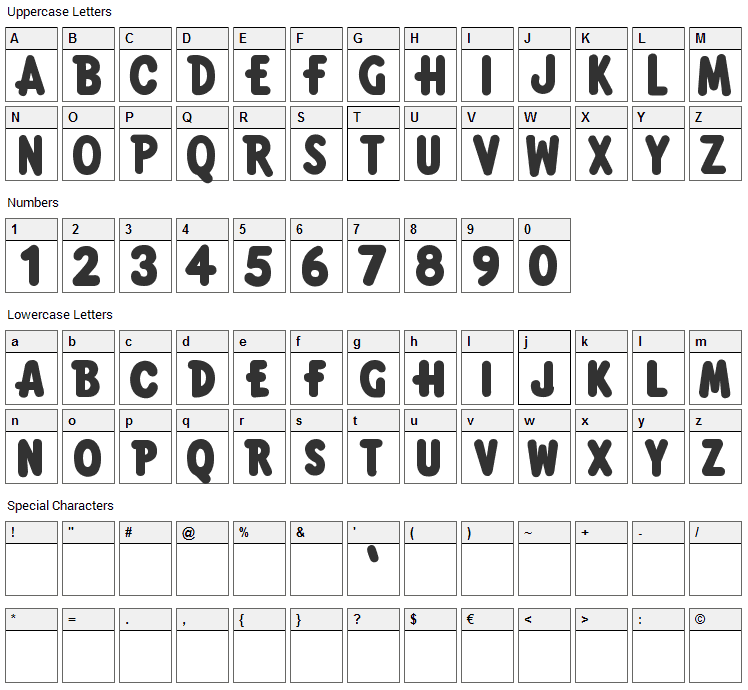 Submit a comment, question or review about Kirby Classic font

Kirby Classic is a fancy, comic font designed by Jackster3000. The font is licensed as Free. The font is free for both personel and commercial usages. In doubt please refer to the readme file in the font package or contact the designer directly from jackster3000.deviantart.com.

Kirby Classic font has been rated 4.5 out of 5 points. A total of 16 votes cast and 0 users reviewed the font. 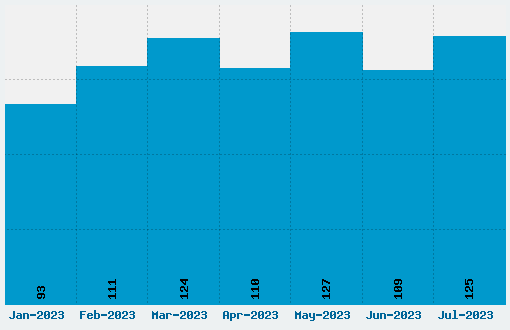