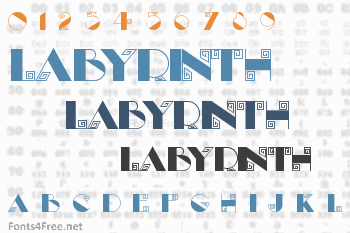 Okay, this one is weird, but there are some of you out there who really like this kind of stuff (and you know who you are). This flight of fancy is derived from some typographic doodlings “of the modern sort” by a French designer known simply as A. Bardi, ca. 1925. Best used in small doses. 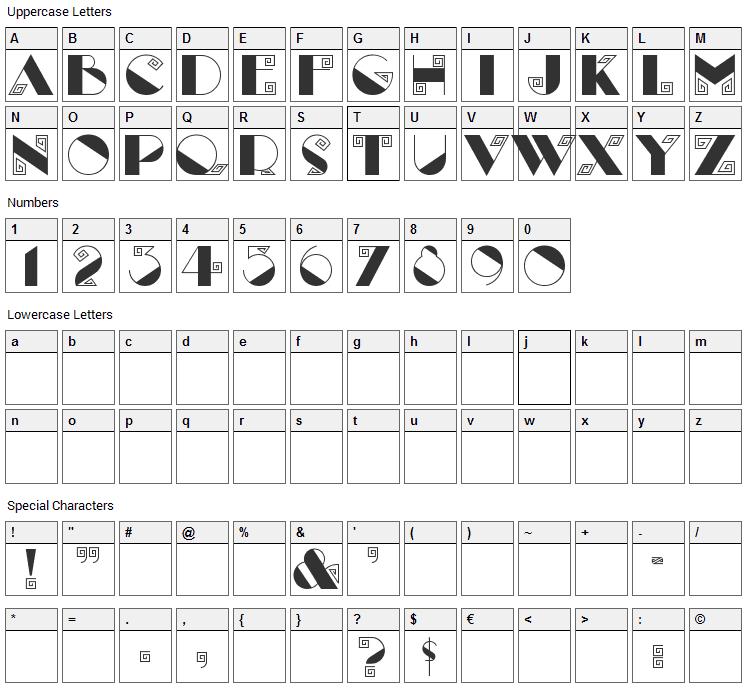 Submit a comment, question or review about Labyrinth font

Labyrinth is a fancy, retro font designed by Nicks Fonts. The font is licensed as Free. The font is free for both personel and commercial usages. In doubt please refer to the readme file in the font package or contact the designer directly from nicksfonts.com.

Labyrinth font has been rated 5.0 out of 5 points. A total of 1 votes cast and 0 users reviewed the font. 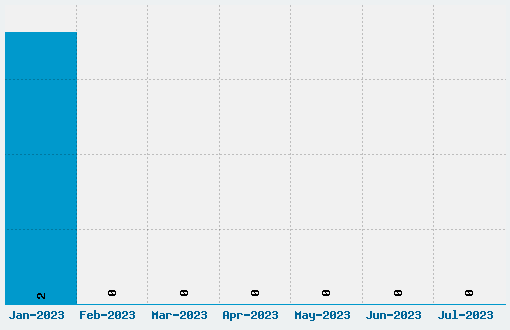