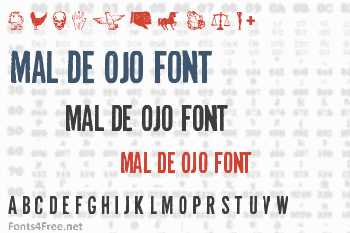 This font was made by scanning bizarre religious booklets & spiritual powder packets that I found in esoterica spiritual stores in Oaxaca, Mexico.

My favorite pamphlet was called 'WHAT ARE THE TROLLS AND HOW DO THEY HELP US?'.

The original text and images were letterpressed, but they've been mimiographed and photocopied looks like thousands of times. 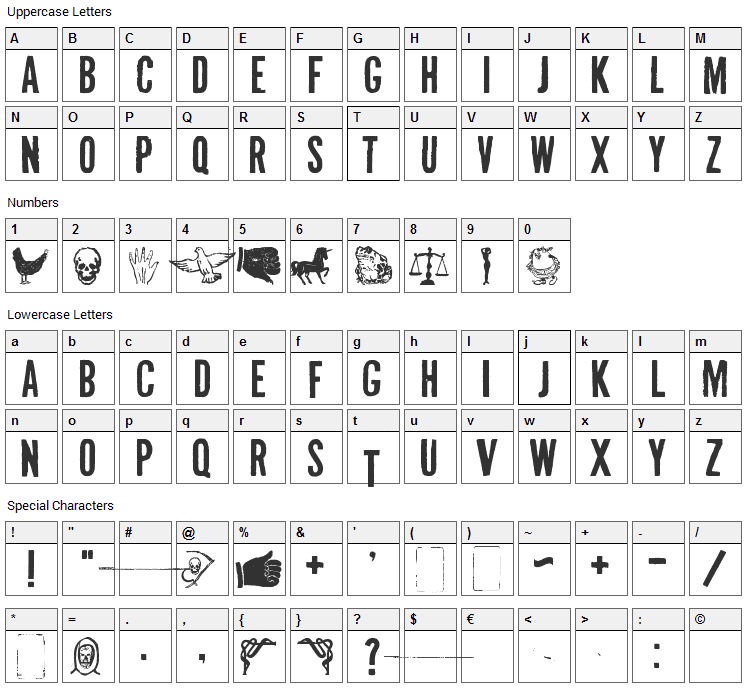 Mal de Ojo is a fancy, eroded font designed by Dynamite Printworks. The font is licensed as Free for personal use. You can download and use the font free for personal projects. For commercial projects please refer to the license file in the package or contact the designer directly from dynamiteprintworks.com. 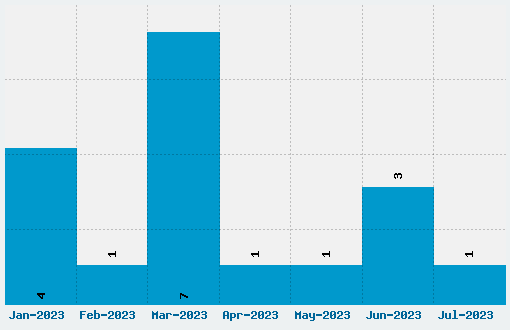