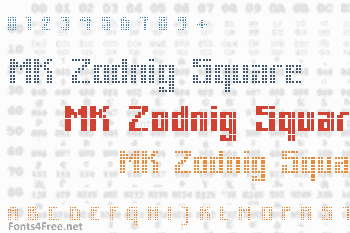 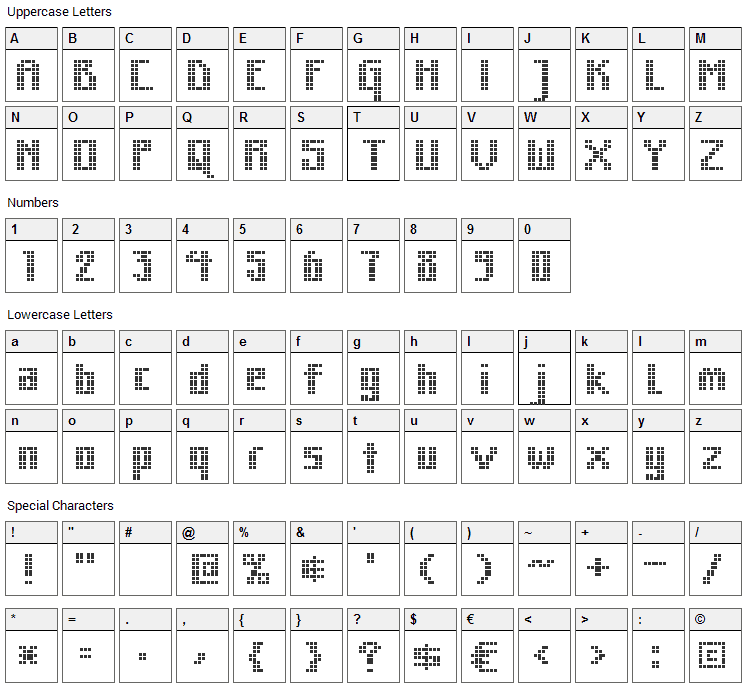 This font has been made for a very special person - trying not to get too romantic & emotional here... Anyway... hope you like it.

MK Zodnig Square is a techno, lcd font designed by Frank Flachs. The font is licensed as Free. The font is free for both personel and commercial usages. In doubt please refer to the readme file in the font package or contact the designer directly.