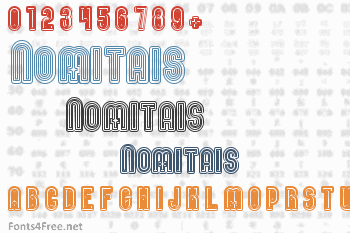 Nomatais was originally created as an experiment from my book "Elabris". What happens if you make a outline font outline font a. After a little tinkering began the font, funny before my eyes jump around, to move themselves on paper to appear colored in black... I thought that was interesting...

Perhaps this, the retina does indeed other enervating writing a little fun? Let me know about it yet, or you can show me how they have used this font. This also holds true for my other fonts... 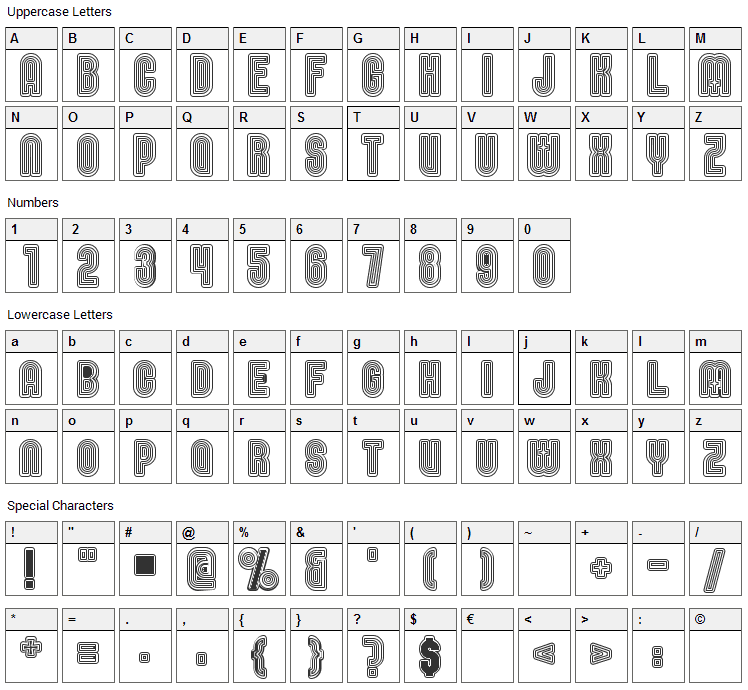 Nomitais is a fancy, groovy font designed by Peter Wiegel. The font is licensed as Free. The font is free for both personel and commercial usages. In doubt please refer to the readme file in the font package or contact the designer directly from peter-wiegel.de.