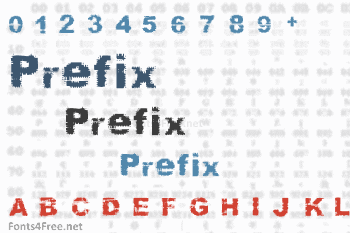 (Caps, lowercase, numbers, some punctuation, some special) is a kind of futuristic-sci-fi-movie-type font. The font works well for headlines (especially in all caps), though lowercase characters and most punctuation is included, and the font is mostly readable at smaller sizes. 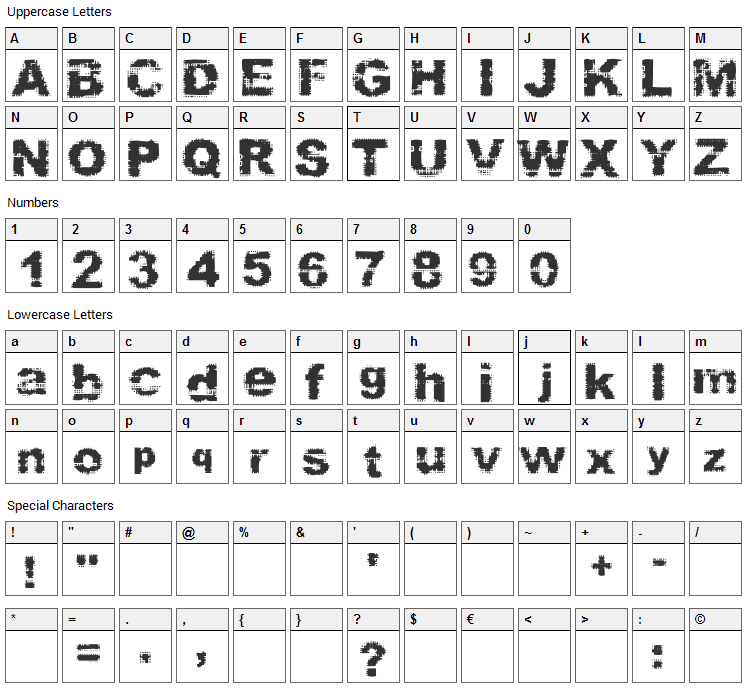 Submit a comment, question or review about Prefix font

Prefix is a fancy, destroy font designed by Divide by Zero. The font is licensed as Free. The font is free for both personel and commercial usages. In doubt please refer to the readme file in the font package or contact the designer directly from fonts.tom7.com.