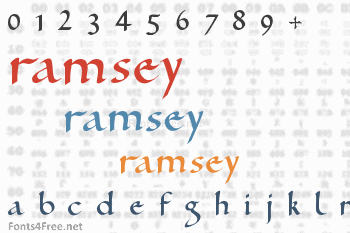 Based on the 10th century Ramsey Psalter. The Victorian calligrapher Edward Johnston felt this was the most perfect example of lettering, and based his Foundational Hand on it. All lower-case, as that's how body-text was written at the time. 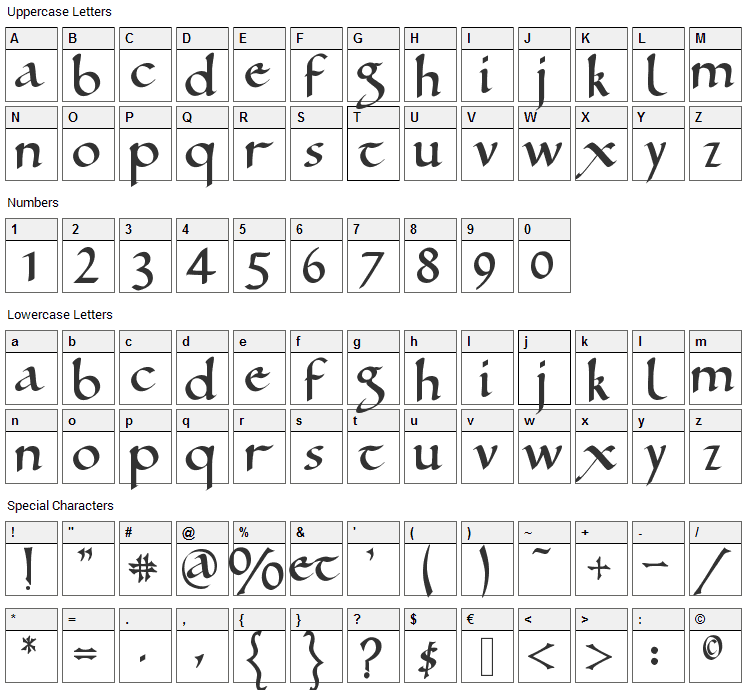 Submit a comment, question or review about Ramsey font

Ramsey is a gothic, celtic font designed by Steve Deffeyes. The font is licensed as Free. The font is free for both personel and commercial usages. In doubt please refer to the readme file in the font package or contact the designer directly from deffeyes.com. 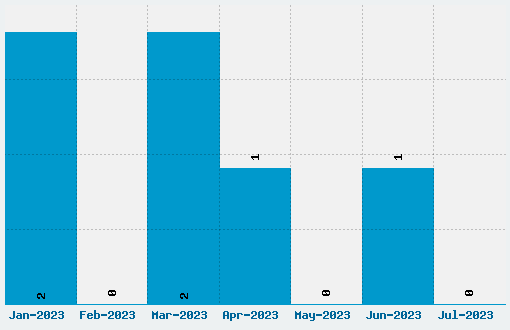