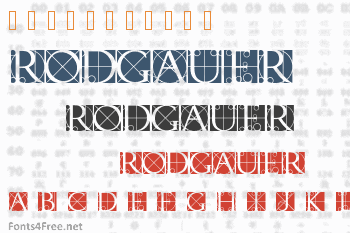 Leonardo da Vinci, Albrecht Duerer and like-minded people have often (to AD) tries for a lifetime with "straight-edge and compass" to force back then fifteen hundred year old 26 magical characters of the Romans in a certain mathematical order. Today we see still in awe of their results.

But just as we can the grand old honor and understand if we use their circle sign to let our layouts look both avant-garde and tradition possessed. Use the mark for your designs and ideas, and then say, as you have helped Leonardo and Duerer. (Right.) 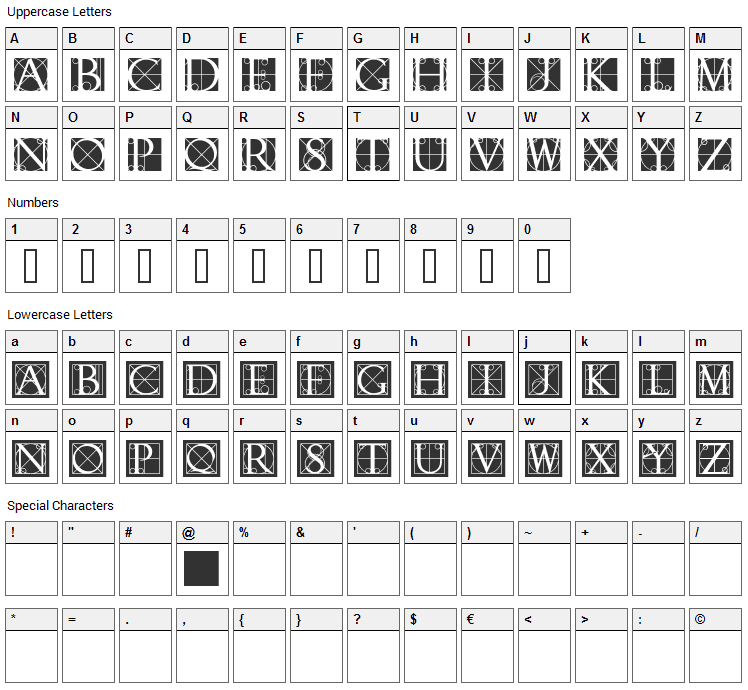 Submit a comment, question or review about Rodgauer font

Rodgauer is a fancy, grid font designed by Manfred Klein. The font is licensed as Free. The font is free for both personel and commercial usages. In doubt please refer to the readme file in the font package or contact the designer directly from manfred-klein.ina-mar.com. 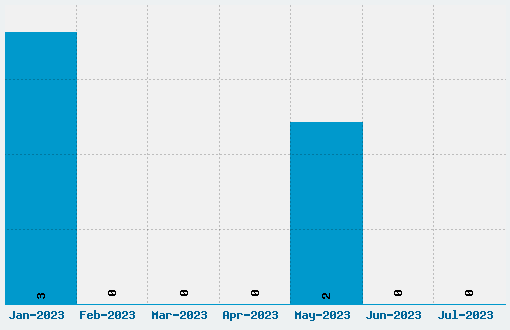