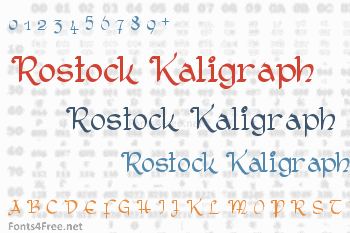 I have named this font Rostock Kaligraph, because an unknown calligrapher from a Rostock "SVZ-training workshop" (whatever the abbreviation means, maybe someone can enlighten me?) Has created a document in 1961. Here I found the 17 lowercase and 5 uppercase characters. The rest I hope to have completed stylistically appropriate. So have fun with Rostock Kaligraph!

- Edit: Someone informed with what SVZ means. Actually I could have figured it out myself, "Schwerin Volks-Zeitung", which was, however, set in Rostock and also printed there. 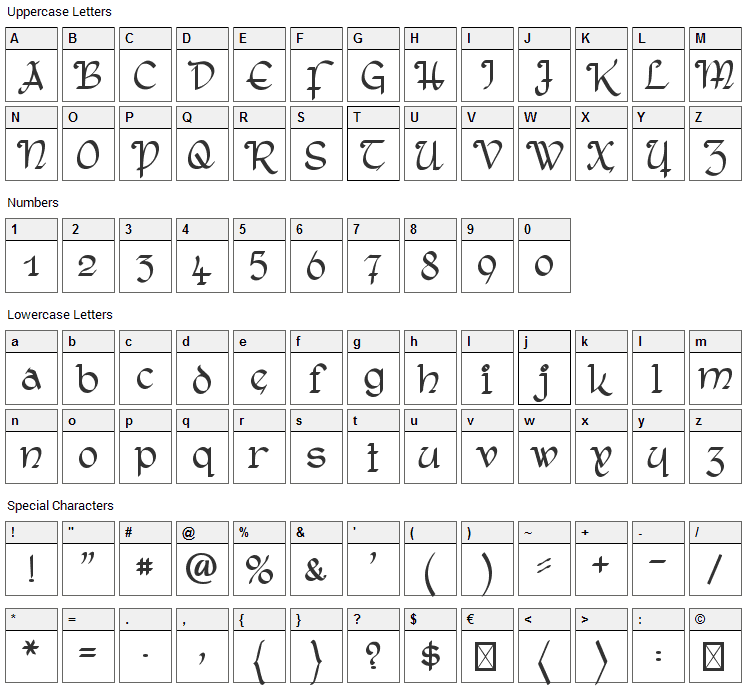 Rostock Kaligraph is a gothic, celtic font designed by Peter Wiegel. The font is licensed as Free. The font is free for both personel and commercial usages. In doubt please refer to the readme file in the font package or contact the designer directly from peter-wiegel.de. 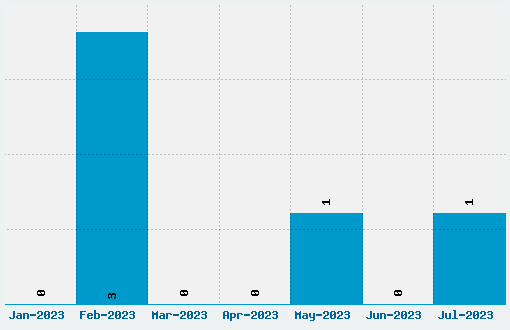