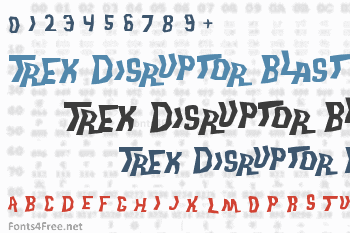 Trek Disruptor Blast font is fan-produced material based on the title of the Star Trek Annual Magazine. Star Trek copyright by Paramount Picures Corporation. The materials are provided as FREEWARE for your enjoyment, but should not be used for any commercial purpose. 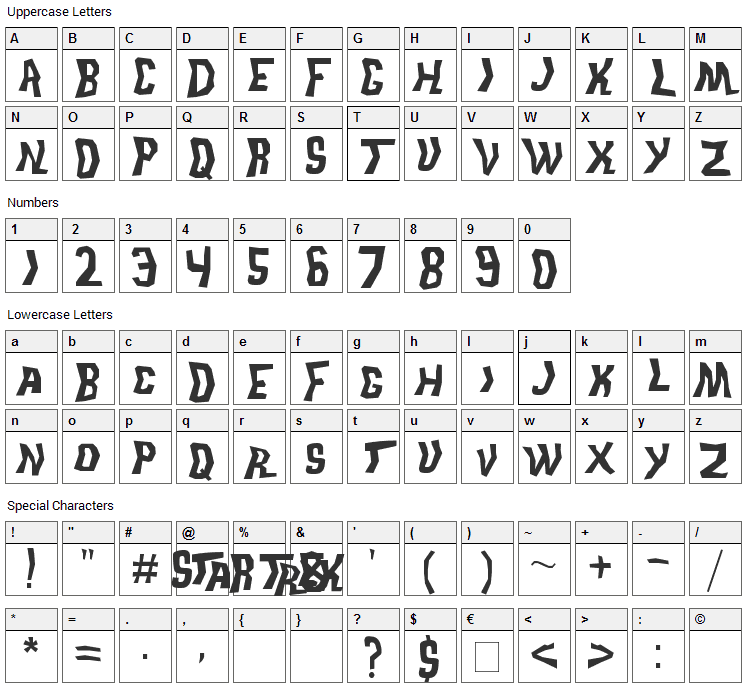 Trek Disruptor Blast is a techno, science-fiction font designed by Steve Ferrera. The font is licensed as Free for personal use. You can download and use the font free for personal projects. For commercial projects please refer to the license file in the package or contact the designer directly.

Trek Disruptor Blast font has been rated 5.0 out of 5 points. A total of 2 votes cast and 0 users reviewed the font. 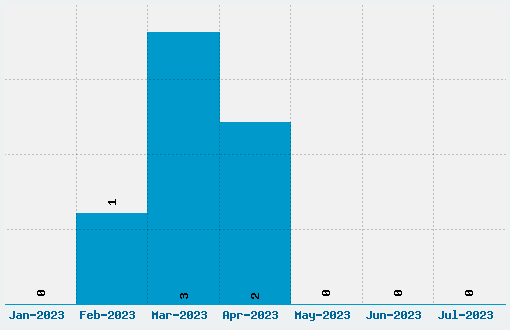