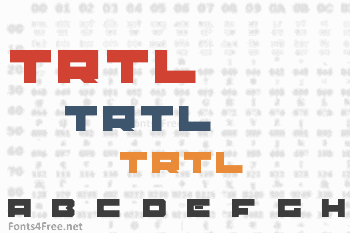 In downtown Detroit there are a lot of empty, abandoned buildings. On many you can find one or two graffiti turtles spray painted on them. They are usually accompanied by the word "turtle" spelled in a variety of interesting ways: TRTL, Turdl, trdl, etc. I have heard that this is done to the abandoned buildings in protest to the glacial pace at which the city of Detroit is being "revitalized".

The idea for this font came from the "TRTL" lettering in the windows of one such abandoned building. The messages were written one letter per window and said things like "NO WAR" and "NO RACISM" and, of course, "TRTL". 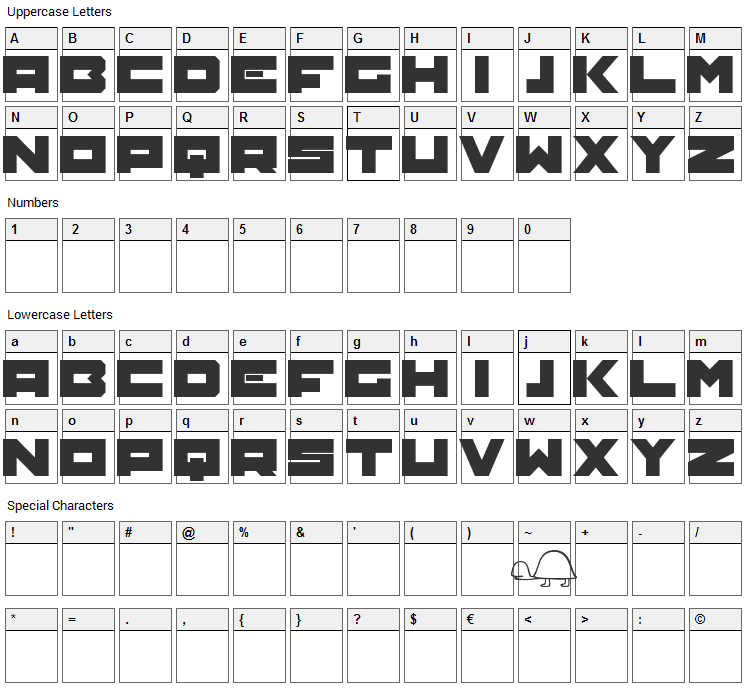 Submit a comment, question or review about TRTL font

TRTL is a techno, square font designed by Matthew Welch. The font is licensed as Free. The font is free for both personel and commercial usages. In doubt please refer to the readme file in the font package or contact the designer directly from squaregear.net.