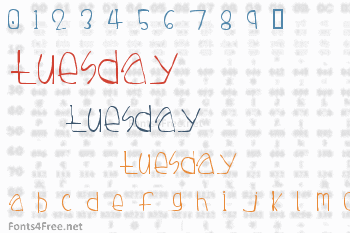 (Lower/Caps [same], Numbers, some Punctuation/Special) is another handwriting-like font with a low midline and where nothing drops below the baseline. It is all lowercase characters (the uppercase characters appear lowercase, but are present). Works for text as well as headlines, though for some of the less common punctuation you may need to substitute fonts. 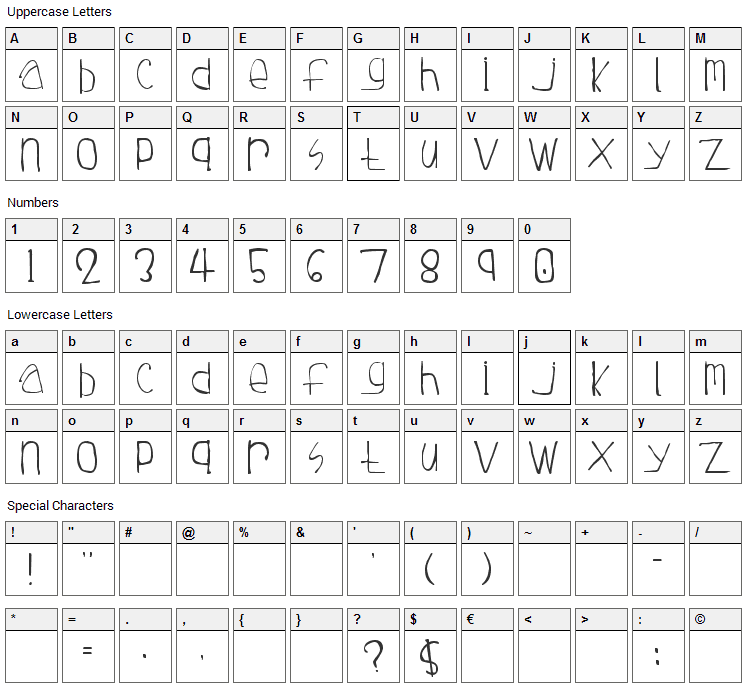 Submit a comment, question or review about Tuesday font

Tuesday is a script, various font designed by Divide by Zero. The font is licensed as Free. The font is free for both personel and commercial usages. In doubt please refer to the readme file in the font package or contact the designer directly from fonts.tom7.com.