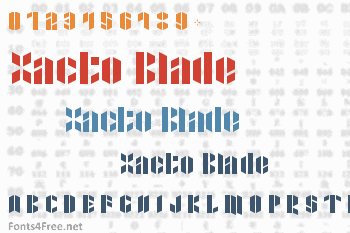 "Xacto Blade" was designed after the way I cut with the razor knife. I just can't seem to cut around curved corners, so the focus of this font was to look like a futuristic stencil produced with my lack of cutting skills. Some parts of certain letters actually look like the blade from a box knife also. Possession of this font while trying to board a U.S. airliner after 9/11/01 may result in you being held as an enemy combatant by the Department of Homeland Security. 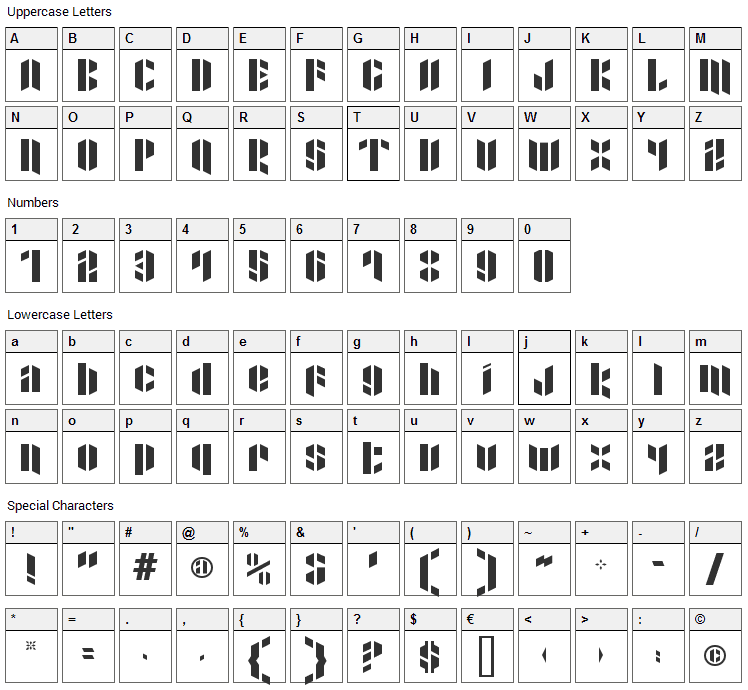 Submit a comment, question or review about Xacto Blade font

Xacto Blade is a techno, square font designed by GreyWolf Webworks. The font is licensed as Free for personal use. You can download and use the font free for personal projects. For commercial projects please refer to the license file in the package or contact the designer directly from greywolfwebworks.com. 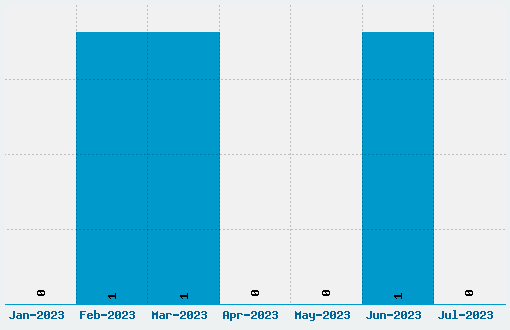