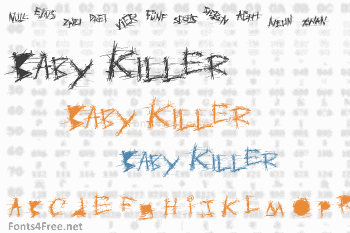 Presenting another one of those scribbly-maniacal fonts that so many people seem to like to make. There's tons of 'em out there. I shall add my own scribblies to the pile. I think this font is pretty spiffy. It's scribbly, uneven, psychotic, and has little random lines and scratchiness and stuff. And you can't go wrong with a name like Aggressive Angry Baby Killer. The name is from a conversation between some of my friends and I, we decided that's what we'd call a band if we had any musical talent whatsoever. That, or Burning Ukuleles. Maybe I should name a font that, next. 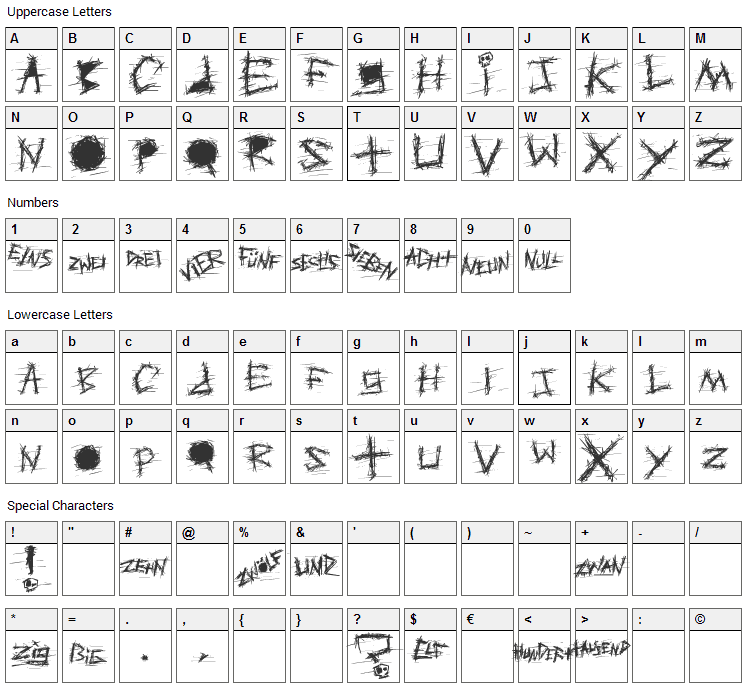 Aggressive Angry Baby Killer is a script, trash font designed by Nihilschiz. The font is licensed as Free for personal use. You can download and use the font free for personal projects. For commercial projects please refer to the license file in the package or contact the designer directly. 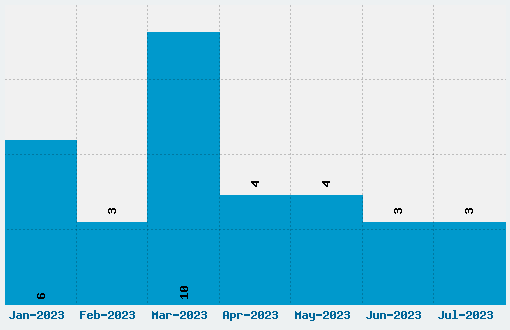