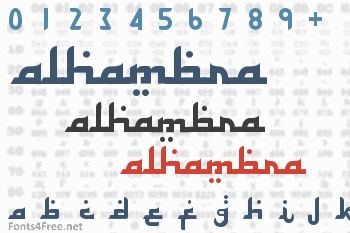 Alhambra was inspired by the look of Kufi (or Kufic) script, a style of Arabic calligraphy characterized by a square, angular construction. The letters are linked, like all Arabic script, but do not have the sweeping curves of Legende and other fonts used to simulate Arabic. A second font, Alhambra Deep, has a double-thick baseline.

To get the feel of right-to-left script, I have created alternate characters and swashes. The Arabic alphabet does not include vowels, which are recorded as dots and other diacritical marks adjacent to the consonants. I have alluded to these in the strategic dots and accent marks. Check the Read Me file in the download for simple instructions that will customize your text.

Although we call 0, 1, 2, 3 and so on "Arabic" numbers, they use different numbers in Arabic which they call "Hindu" numbers.

The font is named in honor of the Alhambra, an amazing example of Islamic architecture in Granada, Spain. 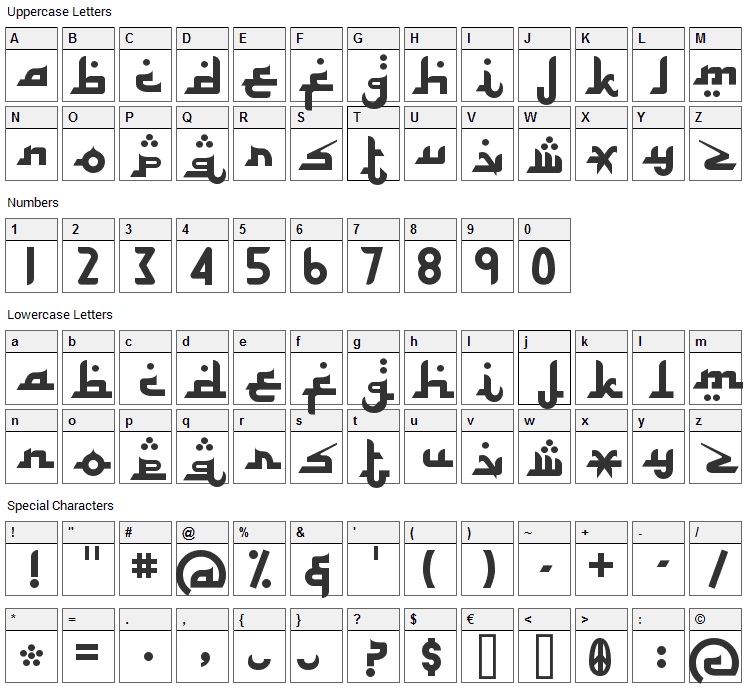 Submit a comment, question or review about Alhambra font

Alhambra is a foreign-look, arabic font designed by Harolds Fonts. The font is licensed as Free. The font is free for both personel and commercial usages. In doubt please refer to the readme file in the font package or contact the designer directly from haroldsfonts.com.

Alhambra font has been rated 4.4 out of 5 points. A total of 29 votes cast and 0 users reviewed the font. 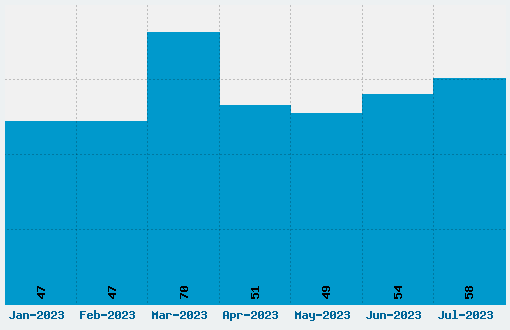