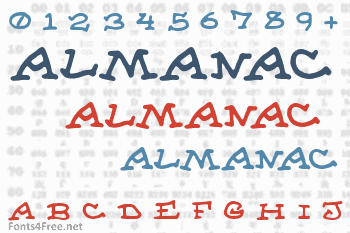 Often as not, the fonts I post are those I’ve built for a specific graphics project, and that’s the case with this one, ALMANAC OF THE APPRENTICE. The name is a simple-minded jest, a reference to the fact that this is a cruder, simpler, and more casual cousin of ATLAS OF THE MAGI. “Almanac” is also built of a heavier line-weight, and to achieve the effects I wanted I doodled the original sample much smaller than I did its more formal relative. This isn’t quite a complete keyboard set; it’s an all-caps display set with select punctuation and a few glyphs duplicated as placeholders (the brackets are identical to the parentheses, for example, but the curly-brackets are at least a variant of them). At any rate, it’s friendly and fun. Enjoy! 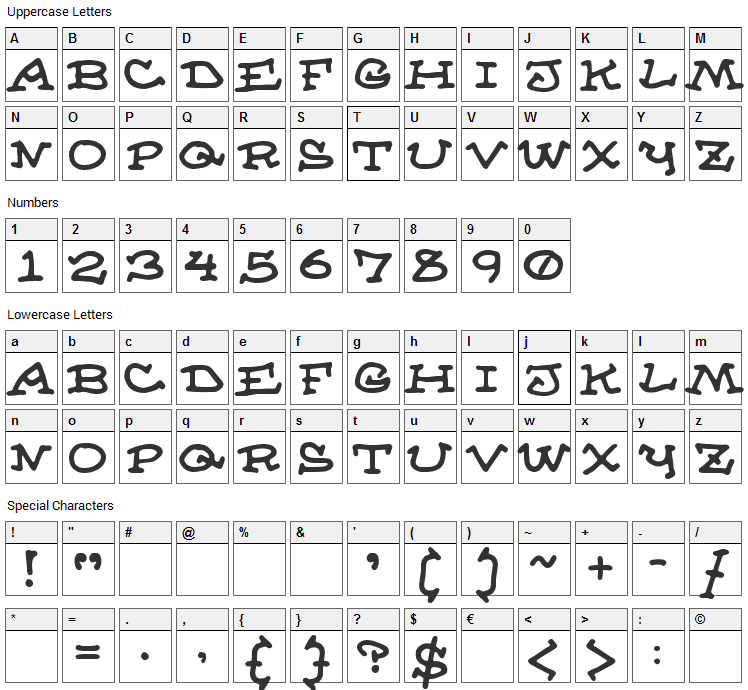 Submit a comment, question or review about Almanac of the Apprentice font

Almanac of the Apprentice is a fancy, cartoon font designed by Cumberland Fontworks. The font is licensed as Free for personal use. You can download and use the font free for personal projects. For commercial projects please refer to the license file in the package or contact the designer directly from www222.pair.com.

Rate Almanac of the Apprentice Font