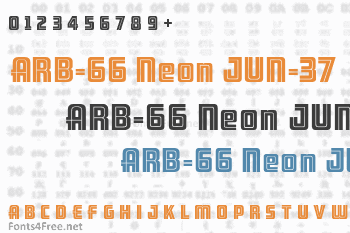 Beginning in January, 1932, Becker, at the request of then-editor E. Thomas Kelly, supplied "SIGNS of the Times" magazine's new Art and Design section with an alphabet a month, a project predicted to last only two years. Misjudging the popularity of the "series, " it instead ran for 27 years, ending finally two months before Becker's death in 1959, for a grand total of 320 alphabets, a nearly perfect, uninterrupted run. In late 1941, almost ten years after the first alphabet was published, 100 of those alphabets were compiled and published in bookform under the title, "100 Alphabets, " by Alf R. Becker.

As published in June, 1937, this is the description that accompanied Becker's 66th alphabet, Neonline Block:

NEONLINE BLOCK, alphabet No. 66 in Alf R. Becker's SIGNS of the Times series, is a very bold, modern style for feature display lettering. Care should be taken in the laying out of this alphabet, and every letter should be made as bold as possible. 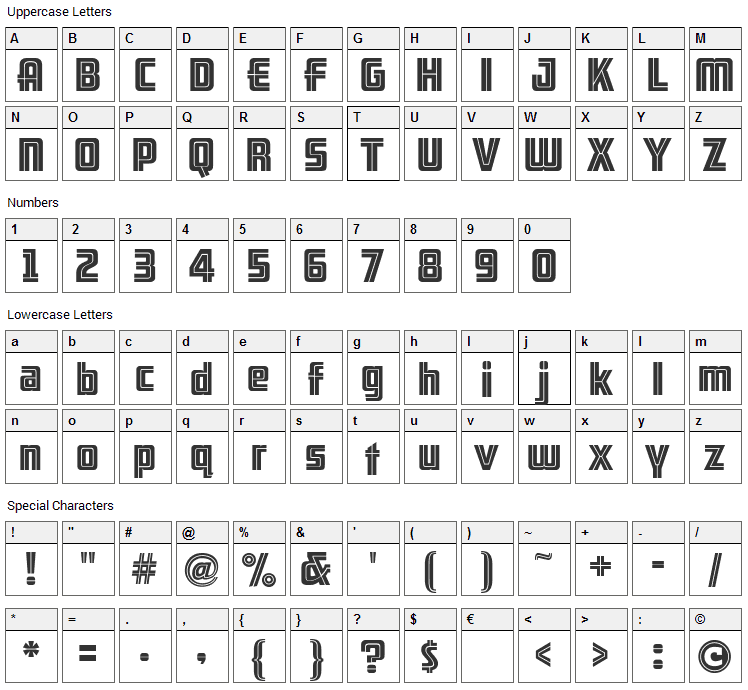 ARB-66 Neon JUN-37 is a fancy, retro font designed by Fontry. The font is licensed as Free for personal use. You can download and use the font free for personal projects. For commercial projects please refer to the license file in the package or contact the designer directly from thefontry.com. 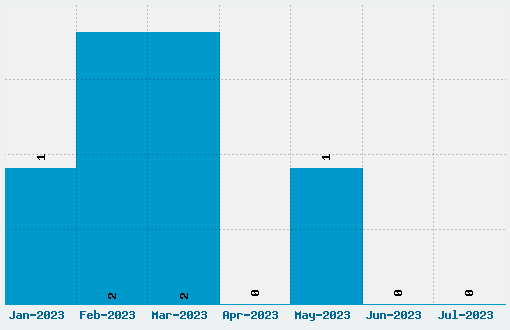