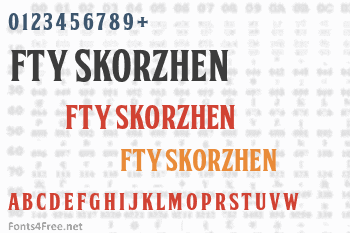 The commercial version of FTY SKORZHEN is available at: http://thefontry.com/skorzhen

At one time very recently, serifs were lost to the design sinners of the world. Now see them found again. Unearthed and rediscovered. Retribution is not far off. We have been unchained from the belief that gothics have provided us no way back from a lack of variety and interest. Spur serifs have re-emerged. 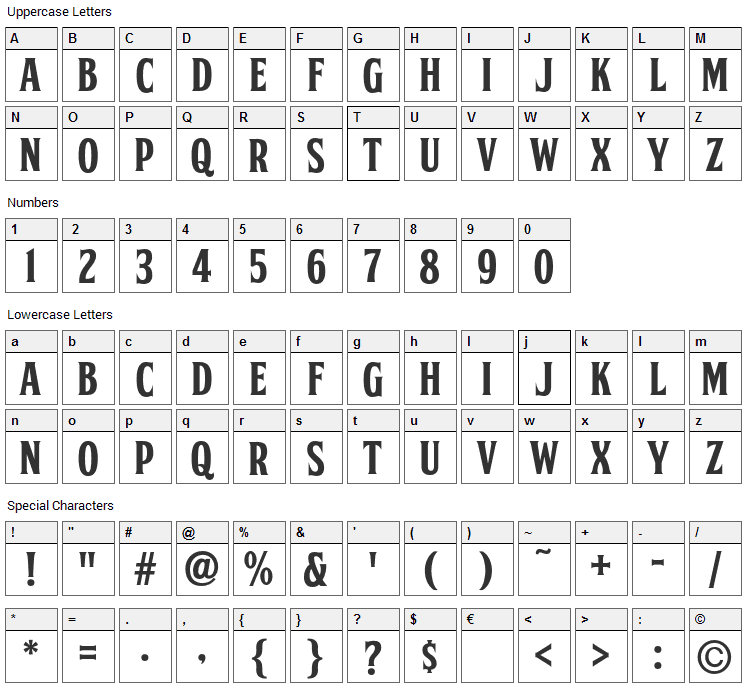 Submit a comment, question or review about FTY Skorzhen font

FTY Skorzhen is a fancy, retro font designed by Fontry. The font is licensed as Free for personal use. You can download and use the font free for personal projects. For commercial projects please refer to the license file in the package or contact the designer directly from thefontry.com. 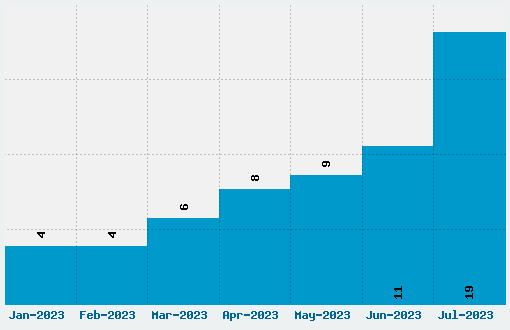