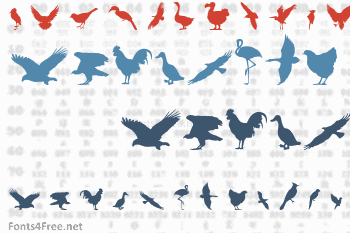 This is a dingbat font with over 45 silhouettes of various birds - hawks, parrots, ducks, vultres, gulls, doves and so forth. Silhouettes have mirrored counterparts between the upper and lower cases. 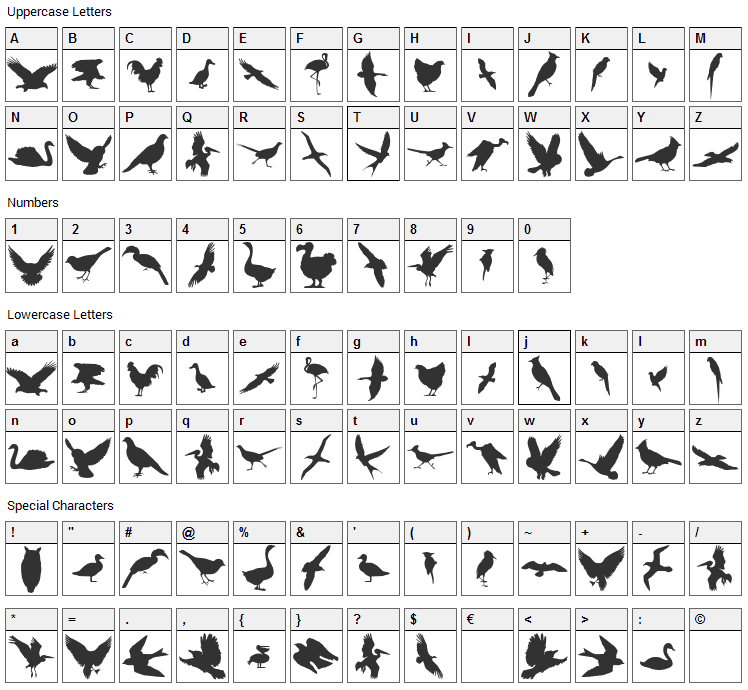 Submit a comment, question or review about Birds of a Feather font

Birds of a Feather is a dingbats, animals font designed by Iconian Fonts. The font is licensed as Free for personal use. You can download and use the font free for personal projects. For commercial projects please refer to the license file in the package or contact the designer directly from iconian.com.

Rate Birds of a Feather Font

Birds of a Feather font has been rated 5.0 out of 5 points. A total of 1 votes cast and 0 users reviewed the font. 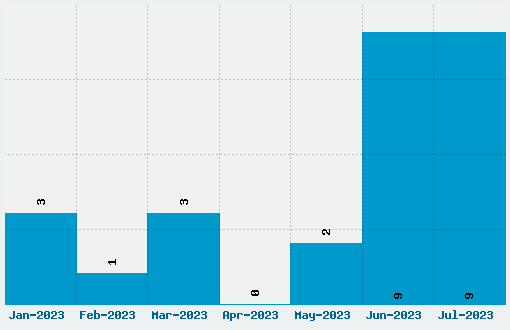