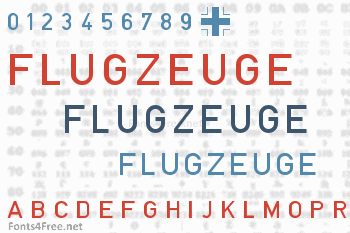 This true type font (TTF) is a pretty accurate representation of the codes used on German aircraft in World War II. It was made according to RLM prescribtions of late 1943.

The code system used on Luftwaffe aircraft was as follows:

For example 9K+EH was aircraft number E of the first Staffel (denoted by "H") of Kampfgeschwader 51 (denoted by "9K"). 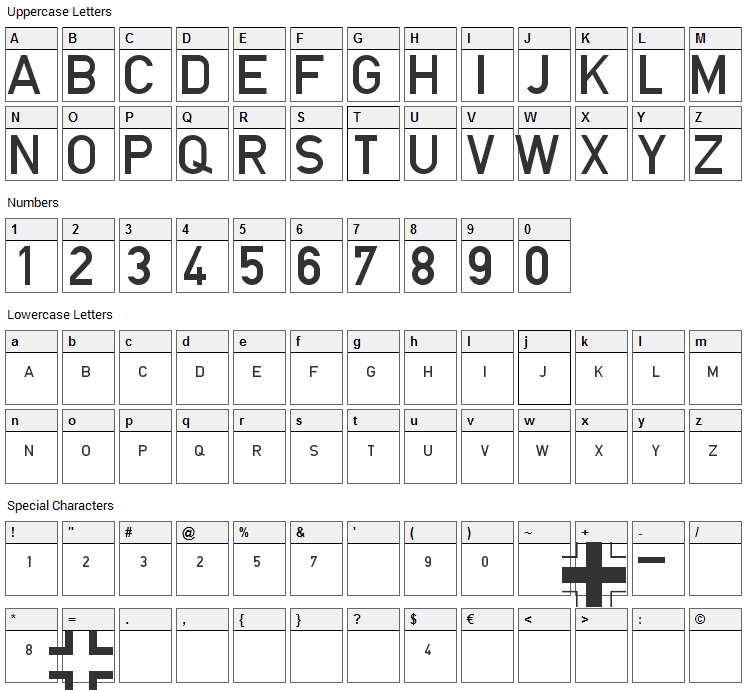 Those font doesn´t work in illustrator and inkscape, some idea to solve the trouble, thx for your kinddly attention, Ignacio.

Blockschrift fur Flugzeuge is a fancy, stencil-army font designed by Ronnie Olsthoorn. The font is licensed as Free for personal use. You can download and use the font free for personal projects. For commercial projects please refer to the license file in the package or contact the designer directly from home.wanadoo.nl.

Blockschrift fur Flugzeuge font has been rated 3.4 out of 5 points. A total of 7 votes cast and 1 users reviewed the font. 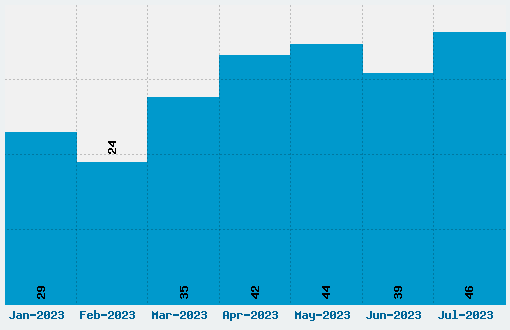