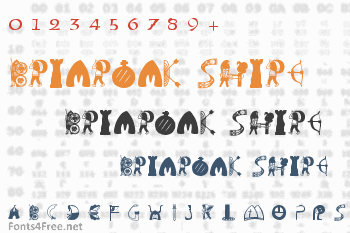 Edward Buri created this font for use in Medieval posters and festival paraphenalia. The original idea was to create two alphabets from his drawings and add a celtic style lowercase from another public domain font. We ended up creating just one font, but using the numerals and punctuation from that public domain font (Gailege).

This font has been a long time in the making. Ed drew them for me many months ago, and asked me if I could have them done by spring. I told him, "certainly." Well, then I got busy with schoolwork and trips all over the country as well as Cuba, never got around to making it. However, something has now happened and somehow I am way ahead in my schoolwork. So I figured I would make good on my promise. A little later than I wanted, but I think it turned out well.

This font, like most of the collaborations between Ed Buri and me is more of a dingbat font than alphabet. That's fine with me (and Ed), though. You can use it for drop caps and stuff. 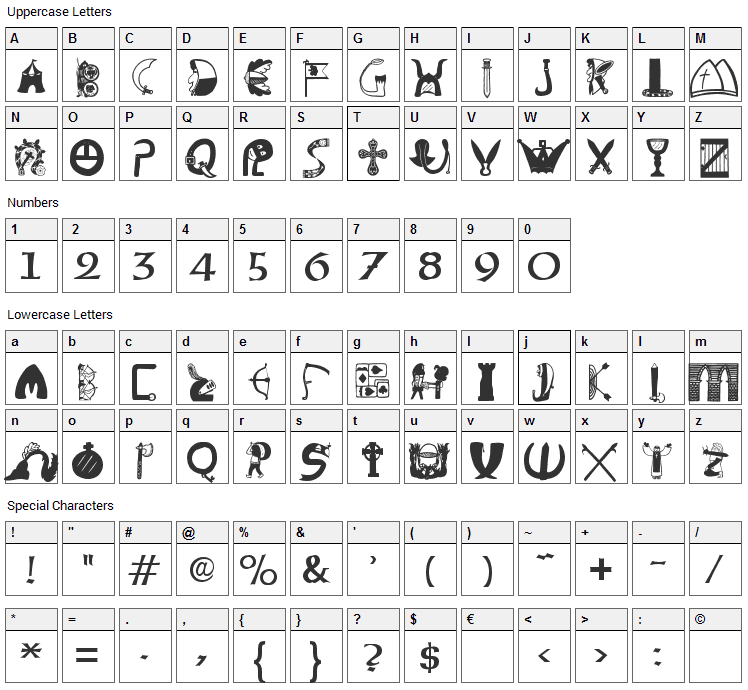 Briaroak Shire is a fancy, decorative font designed by UnAuthorized Type. The font is licensed as Free. The font is free for both personel and commercial usages. In doubt please refer to the readme file in the font package or contact the designer directly from uatype.faithweb.com.