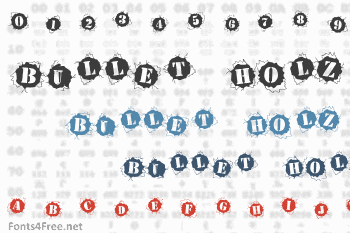 I created this useful? font after seeing a video trailer for some crappy action film which insisted on 'shooting' the names of the main protagonists onto the title screen at every given opportunity. Anyway, I liked the way the letters were spread unevenly across when written on-screen. So, here is my version of the font used (I wonder if this font even exists).

Uppercase & Lowercase chars are all caps. Numbers 0-9 and a little punctuation !@£$&*.+=-? there is no comma, like you're going to punctuate anything with this font !!!!. No European chars, ligatures etc.

Some chars in the Lowercase set are at slightly different angles to the Uppercase, thus giving a more random element to the font as not to make it look "typeset" when two similar chars are used together. Best used at high point sizes above 36pt. 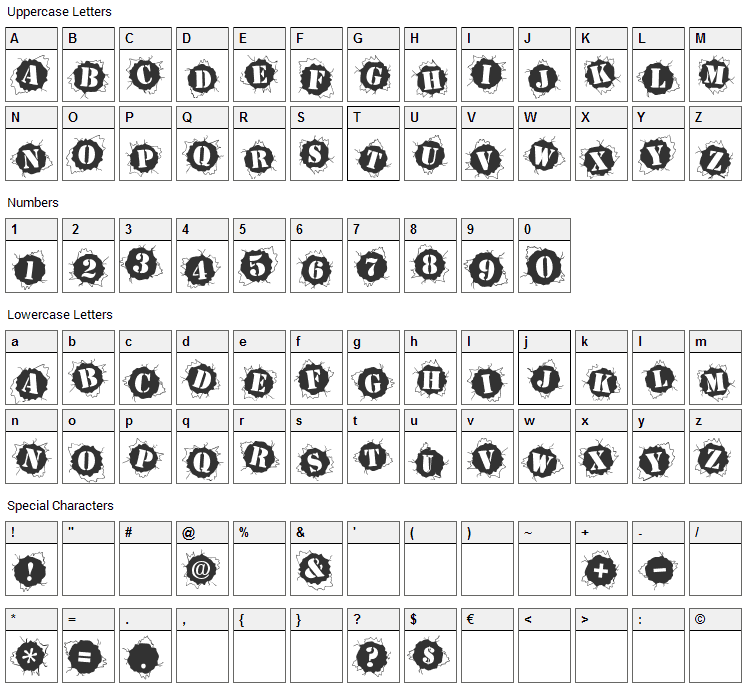 Submit a comment, question or review about Bullet Holz font

Bullet Holz is a fancy, decorative font designed by TracerTong. The font is licensed as Free for personal use. You can download and use the font free for personal projects. For commercial projects please refer to the license file in the package or contact the designer directly from tracertong.co.uk. 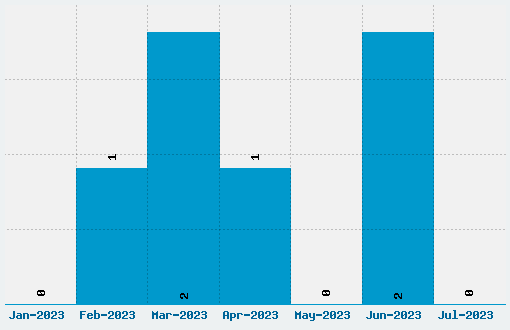