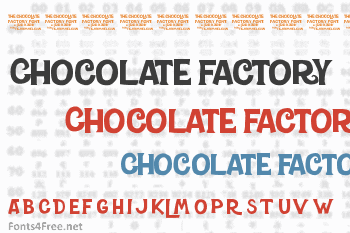 Charlie and the Chocolate Factory is a 2005 musical fantasy film directed by Tim Burton and written by John August, based on the 1964 British novel of the same name by Roald Dahl. The film stars Johnny Depp as Willy Wonka and Freddie Highmore as Charlie Bucket, alongside David Kelly, Helena Bonham Carter, Noah Taylor, Missi Pyle, James Fox, Deep Roy and Christopher Lee. The storyline follows Charlie as he wins a contest along with four other children and is led by Wonka on a tour of his chocolate factory. 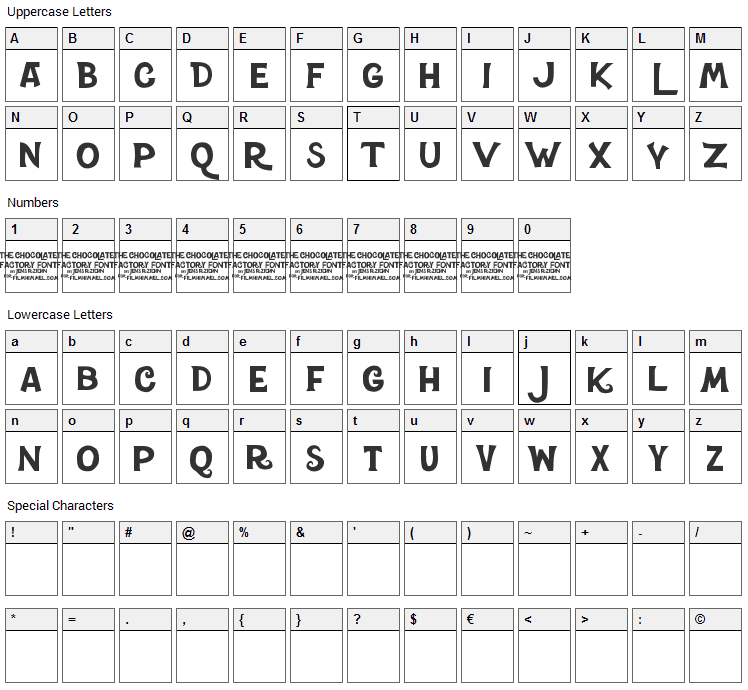 Submit a comment, question or review about Charlie and the Chocolate Factory font

Charlie and the Chocolate Factory is a fancy, various font designed by Jens R. Ziehn. The font is licensed as Free for personal use. You can download and use the font free for personal projects. For commercial projects please refer to the license file in the package or contact the designer directly. 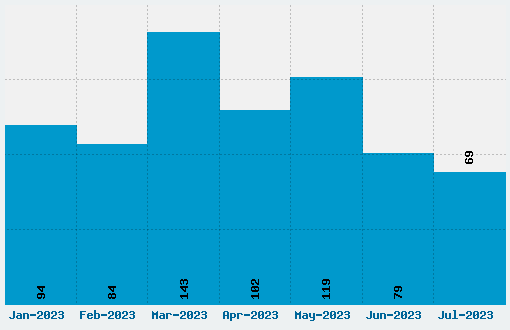