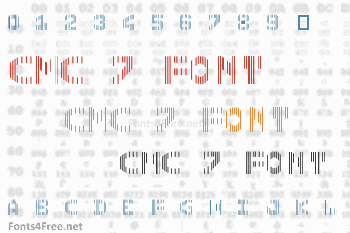 The computer font CMC7 was created by Harold Lohner, 1998, and placed into the public domain by him.

CMC7 is based on an early machine-readable, magnetic-ink font of the same name. A-Z and 1-9 are authentic. I made up the rest following the pattern.

Version 2 contains extra characters at the { | } [ ] positions. I have learned that this font is still used--with those characters on checks in Europe. It was not my intention to make a font that would actually be readable to machines; I intend only to mimic the look of the original. 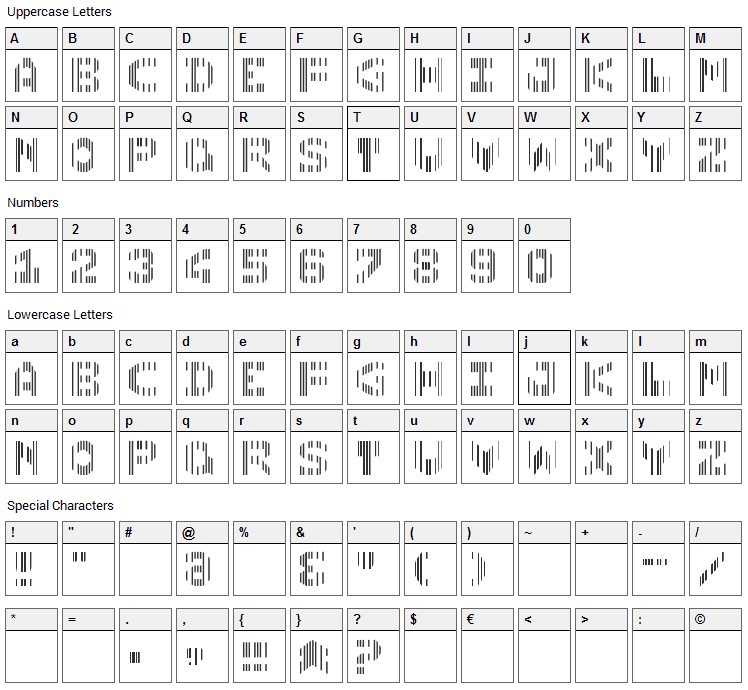 Submit a comment, question or review about CMC 7 font

CMC 7 is a dingbats, bar-code font designed by Harolds Fonts. The font is licensed as Free. The font is free for both personel and commercial usages. In doubt please refer to the readme file in the font package or contact the designer directly from haroldsfonts.com. 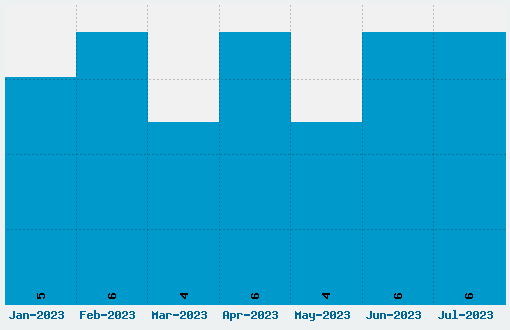