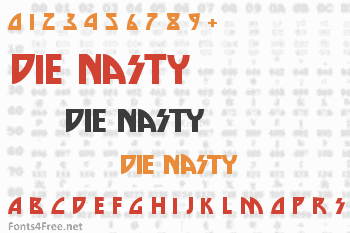 Die Nasty is a glamorous, Arts & Crafts headline font with a hard rock heritage. You know what it is. Every since I got hassled by Metallica’s lawyers I have to be careful what I say. Die Nasty has been beefed up and somewhat redesigned. There’s better language coverage, better accents, more punctuation and symbols, fractions and numeric ordinals. The old square E has been ditched in favor of a new, sharp E that fits better with the theme of the font. You can still access the old E in OpenType savvy applications using the stylistic alternates feature. The last version of Die Nasty came with a capital O which was essentially a flipped version of the D. I think it looked confusing and didn’t really fit with the theme. If you really need it, you can access the old lousy O using the ‘historic alternates’ feature. .. but it’s not recommended. The square O, which has been fattened up better suits the glam rock/Arts & Crafts look of the original. So there. The numerals in the last version were simply oh my god, they were terrible so they’ve been have been completely redrawn. Spacing and kerning has been completely redone. Die Nasty has always had flippable versions of A, M, V and W but now, in OpenType savvy applications, that flipping happens automatically. It’s not always perfect but more often than not, you’ll end up with pleasantness.

This font includes a license that allows free commercial use: sometimes referred to as a desktop 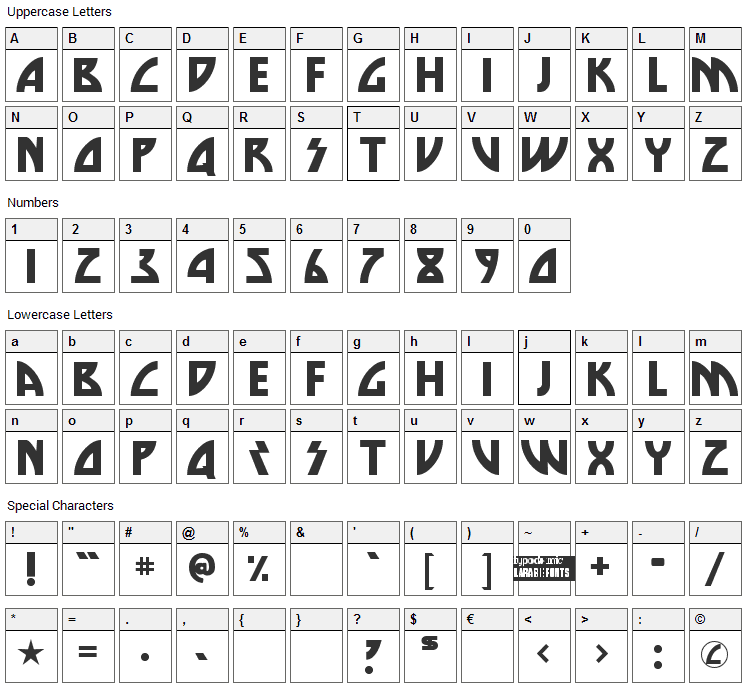 If you would like to help support Larabie Fonts please consider making a donation. It costs a lot to keep the site running and free from irritating pop-up or banner ads. Any amount is appreciated and goes right back into making maintaining the site and developing more free fonts. Visit www.larabiefonts.com for details.

Submit a comment, question or review about Die Nasty font

Die Nasty is a gothic, modern font designed by Typodermic Fonts. The font is licensed as Free. The font is free for both personel and commercial usages. In doubt please refer to the readme file in the font package or contact the designer directly from typodermicfonts.com.

Die Nasty font has been rated 5.0 out of 5 points. A total of 1 votes cast and 0 users reviewed the font. 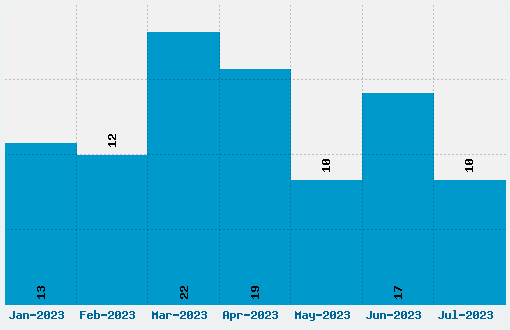