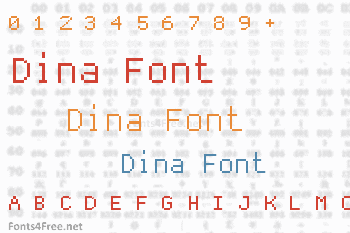 Dina is a monospace bitmap font, primarily aimed at programmers. It is relatively compact to allow a lot of code on screen, while (hopefully) clear enough to remain readable even at high resolutions.

I made this font after having tried all the free programming fonts I could find. Somehow there was some detail in each of them that meant I could not work with them in the long run.

The closest to perfect I found was the Proggy font, so I started building Dina using Proggy as the base, and with inspiration from Tobi, Fixedsys and some old DOS fonts I used to love.

Some of the design goals were:

- Should be easy to distinguish between `j i l 1 I`

- Should be easy to distinguish between `o O 0`

- Still has to be pleasant to read passages of text 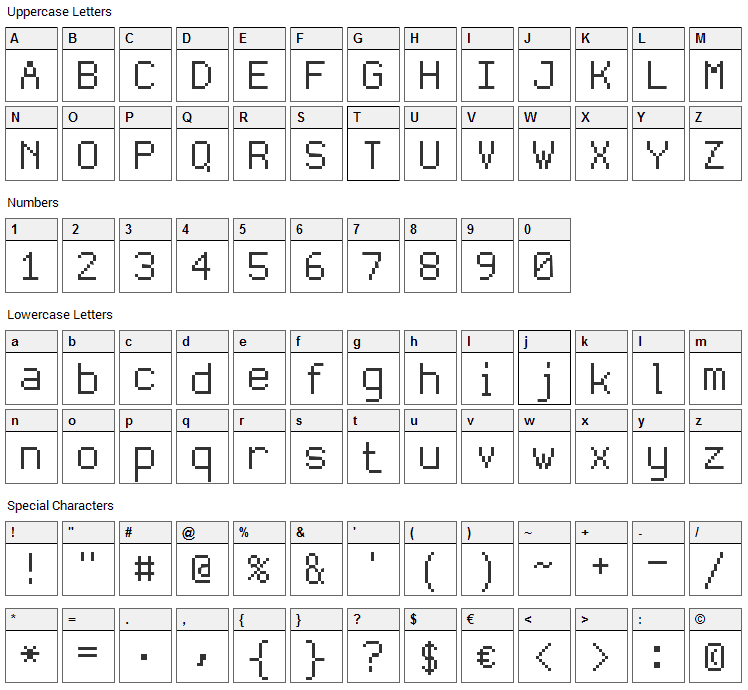 Submit a comment, question or review about Dina font

Dina is a bitmap, pixel font designed by Jorgen Ibsen. The font is licensed as Free. The font is free for both personel and commercial usages. In doubt please refer to the readme file in the font package or contact the designer directly from donationcoder.com.

Dina font has been rated 5.0 out of 5 points. A total of 1 votes cast and 0 users reviewed the font. 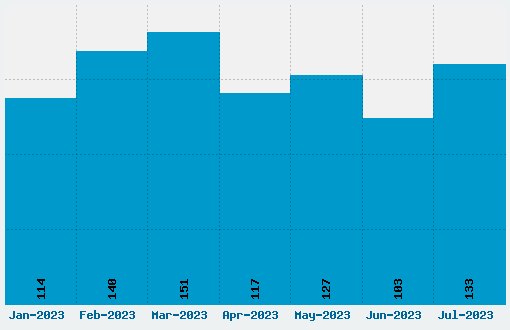