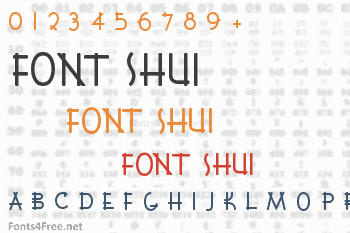 FONT SHUI was inspired by a style of hand-lettering illustrated in “Alphabets: Ancient & Modern, ” compiled by J. B. Russell (Padell, 1946). It was referred to as “Modern Oriental Alphabet” there and no designer was named. The font blends the appearance of the most ancient Chinese characters with a sleek Art Deco style. 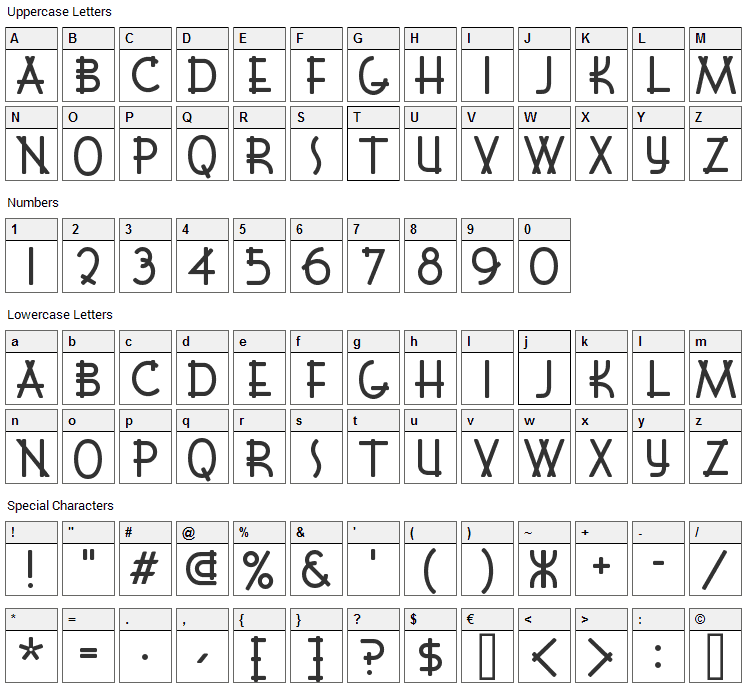 Submit a comment, question or review about Font Shui font

Font Shui is a foreign-look, chinese-japanese font designed by Harolds Fonts. The font is licensed as Free. The font is free for both personel and commercial usages. In doubt please refer to the readme file in the font package or contact the designer directly from haroldsfonts.com. 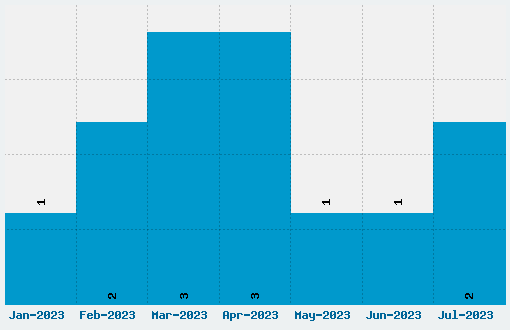