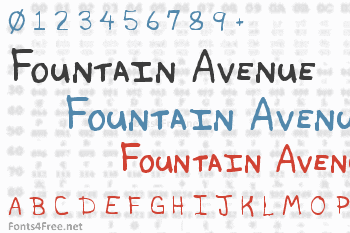 This is a very plain, simple handwriting font built for a specific purpose - I needed a handwritten small-caps font and wanted a properly weighted lowercase set, not just a digitally-mashed version of an existing uppercase. As the name might imply, I'm using it for street labels on some city maps. It's a full-keyboard set with a few of the usual extras like smart quotes and long dashes.

The original masters for Fountain Avenue were drawn at the 503 Coffee Bar in Austin, Texas (503 W. Oltorf Street), where I used to draw a LOT of my fonts, and it was the last of many alphabets I drew there. Shortly after creating the original (Version 1), my wife and I went there intending to show it off to some friends, and it was gone - the building gutted, the sign down, and no note on the window. 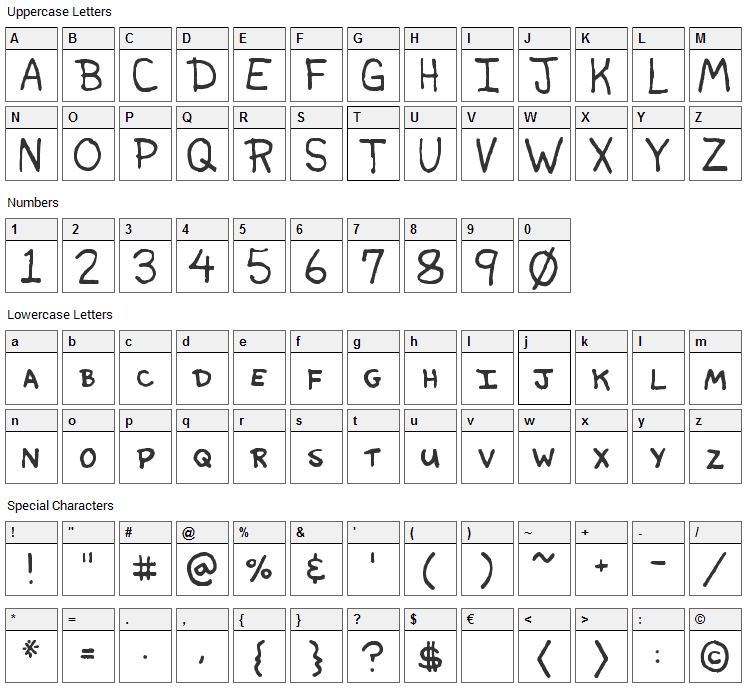 Fountain Avenue is a fancy, comic font designed by Cumberland Fontworks. The font is licensed as Free for personal use. You can download and use the font free for personal projects. For commercial projects please refer to the license file in the package or contact the designer directly from www222.pair.com.