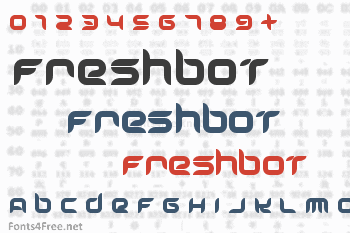 In preparing for this font, I asked 50 second graders what they would do if they could be scientifically transformed into a all-powerful robo-person. 42% of them said they would go on a "crushing things with bare hands" rampage, 28% would make their teacher give them straight "A+++'s", and 12% thought it would be fun to pretend to be a fake robot on the street and when people walked by, grab them and scare them. One kid even said he'd go to a club and do "the robot". I asked him what kind of club lets second graders in, and he said "a robot club". Oh, to be seven years old again. 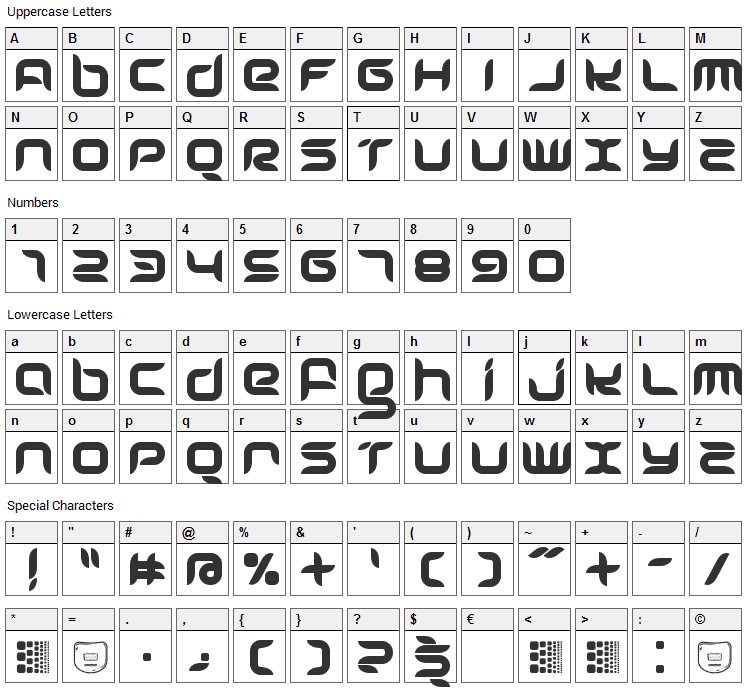 Submit a comment, question or review about Freshbot font

Freshbot is a techno, various font designed by Fontalicious. The font is licensed as Free for personal use. You can download and use the font free for personal projects. For commercial projects please refer to the license file in the package or contact the designer directly from fontbros.com.

Freshbot font has been rated 2.5 out of 5 points. A total of 2 votes cast and 0 users reviewed the font. 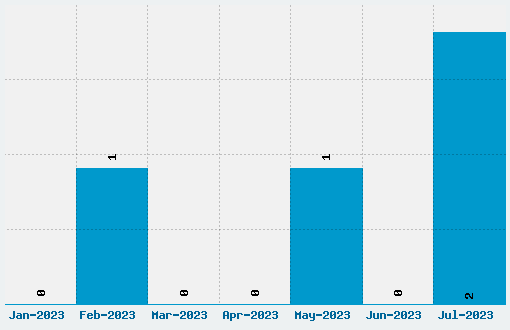