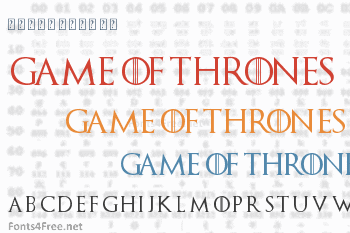 Game of thrones font here refers to the font used in the logo of Game of Thrones, which is a medieval fantasy television series.

The font is available only in capital letters and if you just need to get the game of thrones logotype, type the “#” sign. 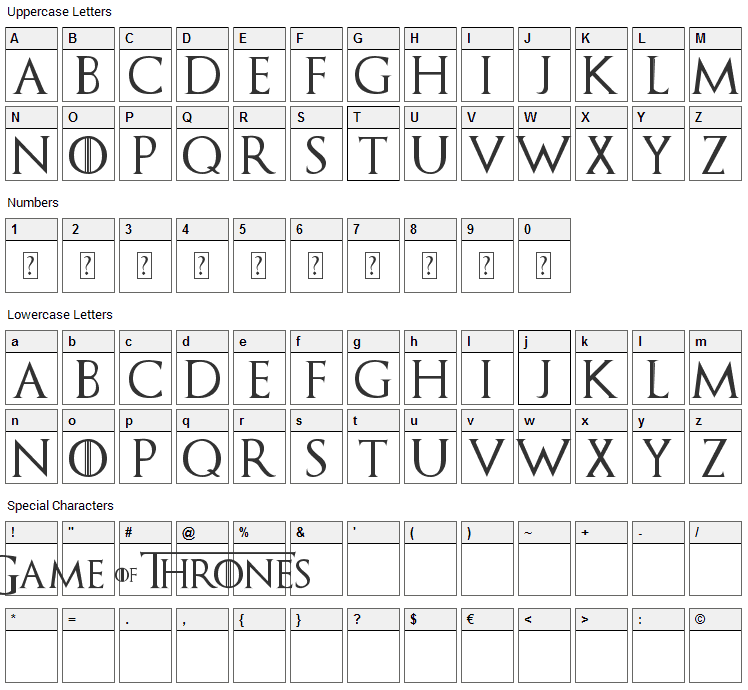 It's beautiful and perfect!!! Thanks

I used Window's Paint to extend the "T" and create the serif at the end. Think outside the "box" people.

Thank you so much!

I see all questions about the long T by its self but no answer. I need it for something else not the # Game of Thrones. I want to use it to write Today.

Hashtag isn't working for me ...

Thanks Charlie for sharing. I think you should just use a manual extract to get the ''T" after typing the # sign

Print Screen worked for me... I only needed a few words with the funny "O"...

sou do Brasil muito da hora I really needed these sources, thank you.

Hey, can I get a long t for a word other than Game Of Thrones

How can I pay for the license?

I have downloaded the font and I'm trying to get an ' , but when I press it and "F" comes up. help!

I downloaded this on my Mac and it won't preview or install. Help?

If you click shift # you will get the whole "Game of Thrones" words in the special character style in word.

Go to photo you write there "Game of Thrones" and then "shift #" you get it...

Where do you type the #? Before the word of after or instead of the letter

This font is AWESOME! Thank you for sharing! Also, the Game of Thrones worked with the #! Thanks, again!

Hi Charlie-Jorge - I'm interested in the same questions as some of the folks above, ie is there a way to input some of those longer/stretched letters like the T in Thrones when you type #. Thanks

Cool! But the T don't work with the # sign or any of the other special characters :(

Im new to getting new fonts. How do I use it in word?

How do you do the actual title text like with the T that goes over thrones?

Thanks, Charlie-Jorge. This comes greatly appreciated.

Thank you to everyone using my font, glad to see it going to good use :)

The Game of Thrones with the long T is in the hashtag key. Type # and you should get it.

How do I make the long T? I see the question asked by another user and "thanks" from other users... but I see no answer.

How do i make the long T with it

I wanted with accents

Submit a comment, question or review about Game of Thrones font

Game of Thrones is a gothic, modern font designed by Charlie Samways. The font is licensed as Free for personal use. You can download and use the font free for personal projects. For commercial projects please refer to the license file in the package or contact the designer directly from csamways.com.

Game of Thrones font has been rated 4.4 out of 5 points. A total of 383 votes cast and 34 users reviewed the font. 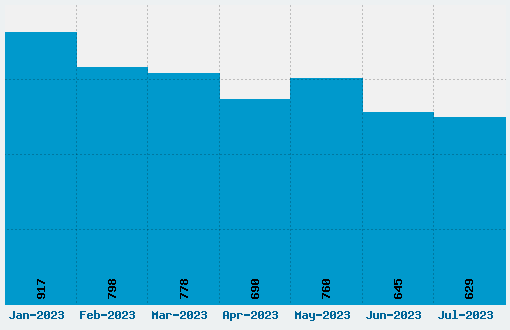