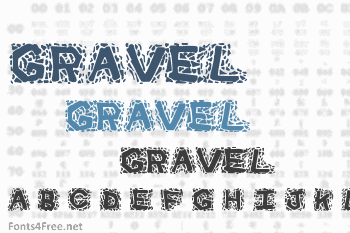 Face Front is a full-keyboard caps set in "comic book" style. I drew the master sample with a cheap inkpen on a single piece of pocket notebook paper, in Schlotsky's at the corner of 6th and Congress here in Austin. I had a few minutes to kill and thought to myself "How hard can drawing comicbook lettering really be?" Once again, I demonstrate why I'm a writer, not a calligrapher. Hats off to those who make GOOD comicbook fonts. Here, for your amusement, is my crummy one. 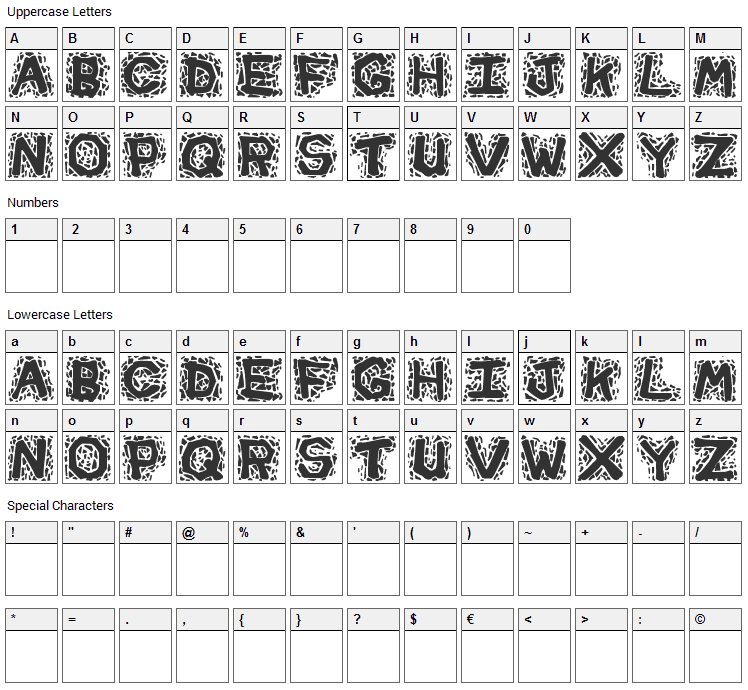 Submit a comment, question or review about Gravel font

Gravel is a fancy, decorative font designed by Cumberland Fontworks. The font is licensed as Free for personal use. You can download and use the font free for personal projects. For commercial projects please refer to the license file in the package or contact the designer directly from www222.pair.com.