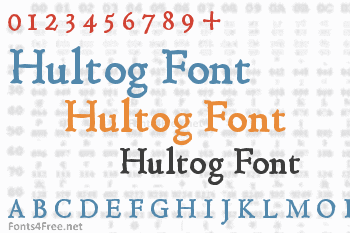 This font, "Hultog, " is a simple "antiqued" font based on some classic Venetian-style typefaces (or rather, what happened to them once I munged them rather a lot in bitmap form and then scanned them back into a font). The goal was to create a simple antique font that wasn't quite as munged as most others, something that might be suitable for long stretches of text, if need be.

Hultog was around for a couple of years without an Italic version. I never needed one in the original project I designed Hultog for, and in those days I wasn't sure I knew how to go about it, anyway. Folks enjoyed the font anyway, though, and one publisher even used it as the body font for an entire book (I don't actually _recommend_ this, but it was flattering)!

As of then, I promised myself I'd get around to doing a proper italic version (seeing machine-tiled pseudoitalics throughout that book was embarassing), and this set includes that promised expansion, with both Hultog and Hultog Italic. Both sets are extensively hand-kerned, as well; be sure and use them in an application that supports kerning. 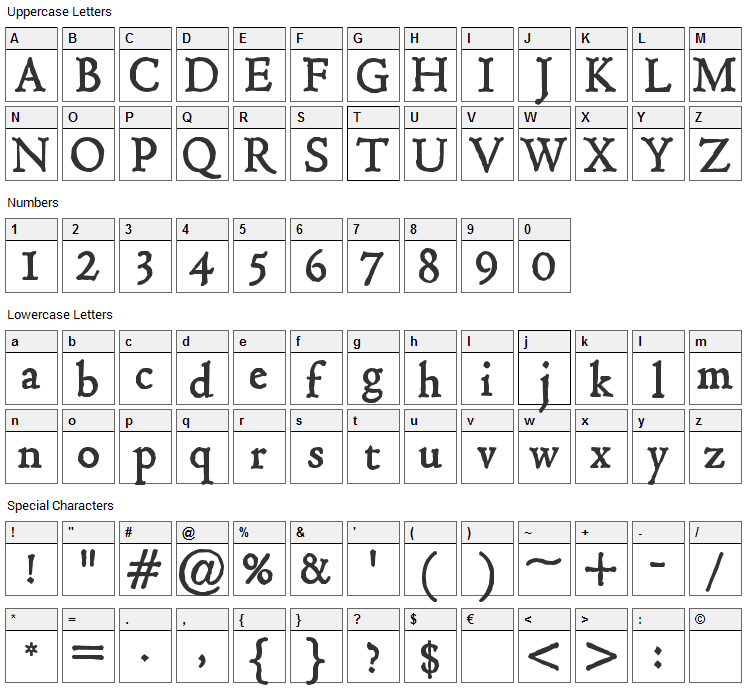 Submit a comment, question or review about Hultog font

Hultog is a fancy, eroded font designed by Cumberland Fontworks. The font is licensed as Free for personal use. You can download and use the font free for personal projects. For commercial projects please refer to the license file in the package or contact the designer directly from www222.pair.com. 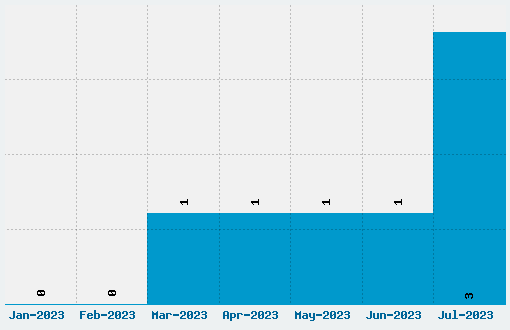