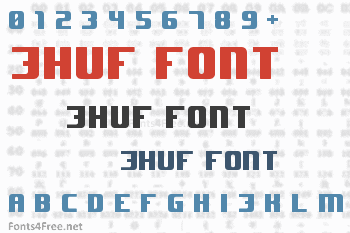 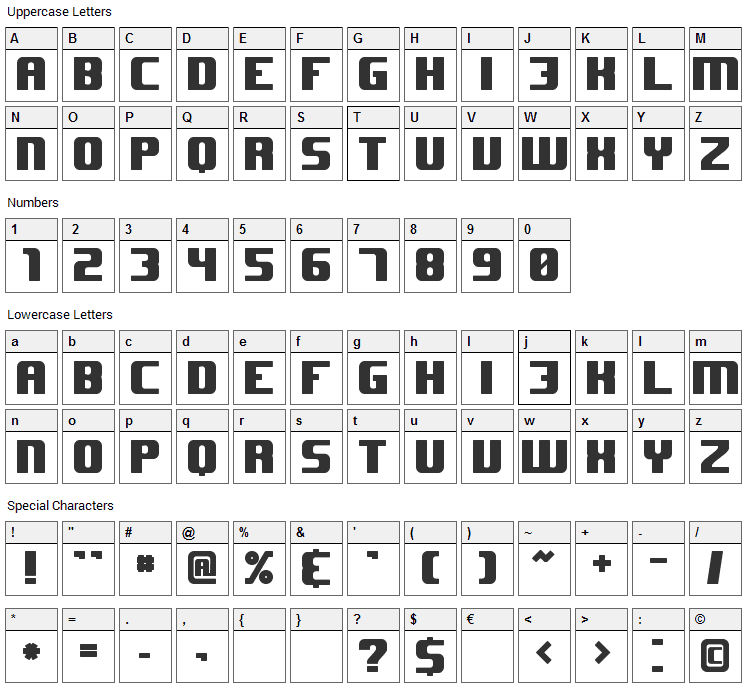 Greetings font fans! This is the second (released) of my next generation (FOG 4.1) fonts. Concept was to create a versatile on-screen font that would have decent design and be more or less readable as well. Of course influence by that famous Mac GUI font (Chicago a.k.a. Beijing) can't be overseen, but I believe that there are enough differences to get this font its own small place in the history of type [Reaching for the stars here a bit :)] Well, I hope you enjoy this font. If you really like it and would like to send me anything (Superhero comics, CDs, Sci-Fi movie 'making of' books, well, stuff for a computer and Sci-Fi freak) I will be more than happy to give you my adress just send me an e-mail. What can I do, begging for stuff is an old and honored tradition for freeware products, so I do it as well. :] Ok, that's it. Bye!

Submit a comment, question or review about JHUF font

JHUF is a techno, various font designed by Joiro Hatgaya. The font is licensed as Free. The font is free for both personel and commercial usages. In doubt please refer to the readme file in the font package or contact the designer directly.