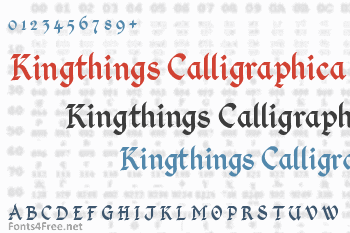 Kingthings Calligraphica is based on calligraphic lettering hands which I learned at school - a bit of a confusion of different forms that I liked. I now use this letterform for most of the hand calligraphy that I still produce - just works for me - never can remember the uppercase 'N' though... 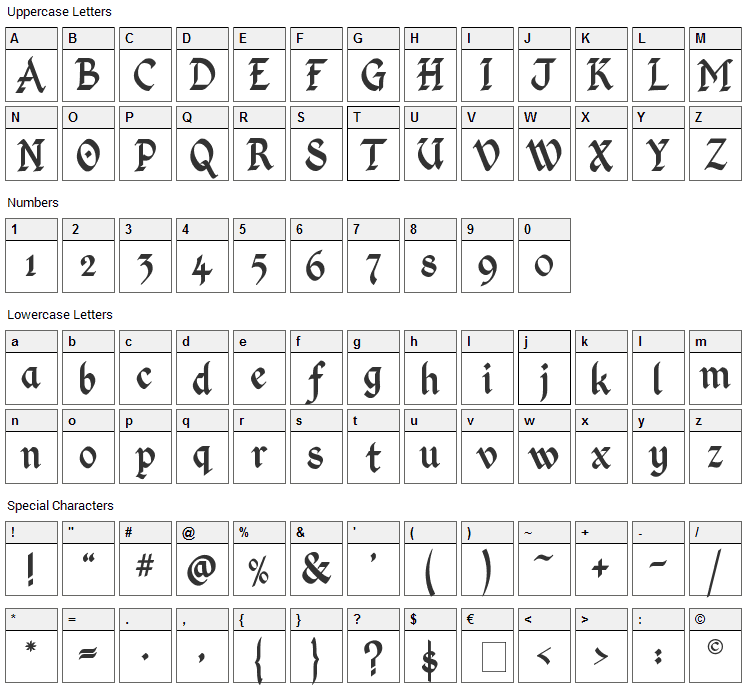 Kingthings Calligraphica is a script, calligraphy font designed by Kingthings. The font is licensed as Free. The font is free for both personel and commercial usages. In doubt please refer to the readme file in the font package or contact the designer directly from kingthingsfonts.co.uk.

Kingthings Calligraphica font has been rated 5.0 out of 5 points. A total of 1 votes cast and 0 users reviewed the font. 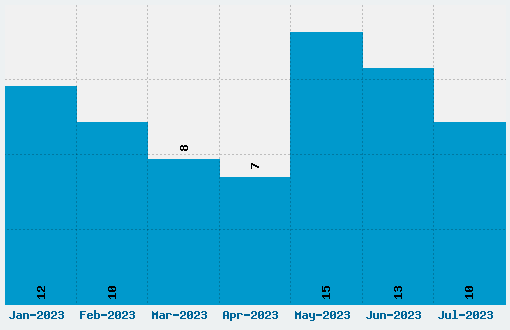